Taiwan’s Ministry of National Defense (MND) revealed on 25 August that it has ordered an additional 21 CM-34 wheeled infantry fighting vehicles (IFVs) to add to the 284 already being acquired for the Republic of China Army (RoCA). 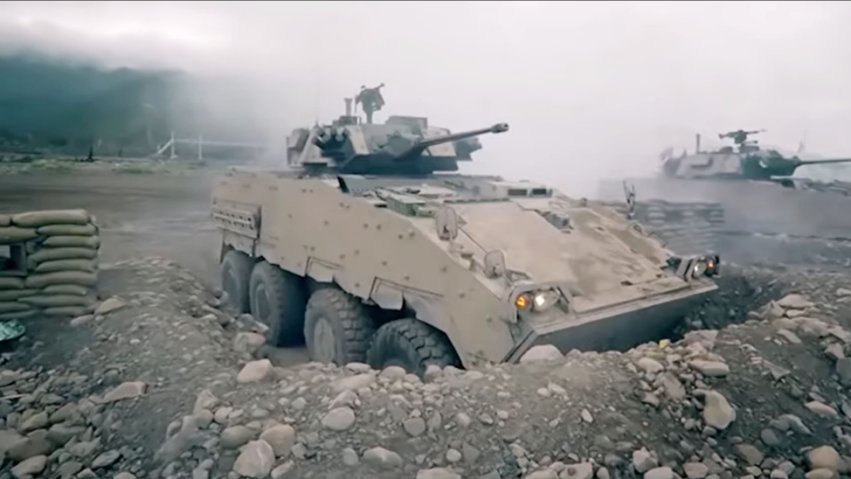 A screengrab from NCSIST footage showing two CM-34 IFVs during Taiwan’s annual ‘Han Kuang’ military exercises. The MND in Taipei revealed on 25 August that it has ordered 21 more of these IFVs. (National Chung Shan Institute of Science and Technology (NCSIST))

Major General Yu Yu-tang, Director of the Armaments Bureau, said the additional IFVs would be assigned to the RoCA’s Military Police Command to help bolster its capabilities.

He also stated that series production of all 305 vehicles is expected to be complete by 2023, pointing out that 32 units were handed over to the RoCA last year. Production of at least 54 more units is due for completion by the end of this year, he added.

The MND revealed on 16 April that the RoCA had already used the 8×8 IFV, which is also known as the ‘Taiwan Infantry Fighting Vehicle’, in training manoeuvres, while pointing out that the primary target of the platform will be wheeled vehicles and fortified bunkers.

The 24-tonne CM-34 is the IFV variant of the locally developed CM-32 ‘Cloud Leopard’ family of armoured vehicles.

The CM-34 is armed with a stabilised Orbital ATK Mk 44 Bushmaster II 30 mm dual-feed cannon and a coaxial 7.62 mm machine gun. Six smoke-grenade launchers are fitted to either side of the turret, which offers protection against 12.7 mm heavy machine gun fire.

Taiwan’s Ministry of National Defense (MND) revealed on 25 August that it has ordered an additional ...