Taiwan has completed the first tranche of its F-16V Block 70/72 modernisation effort, upgrading the first 42 of its 142 Lockheed Martin F-16A/B/C/D Fighting Falcon combat aircraft to the latest standard under the Phoenix Rising programme. 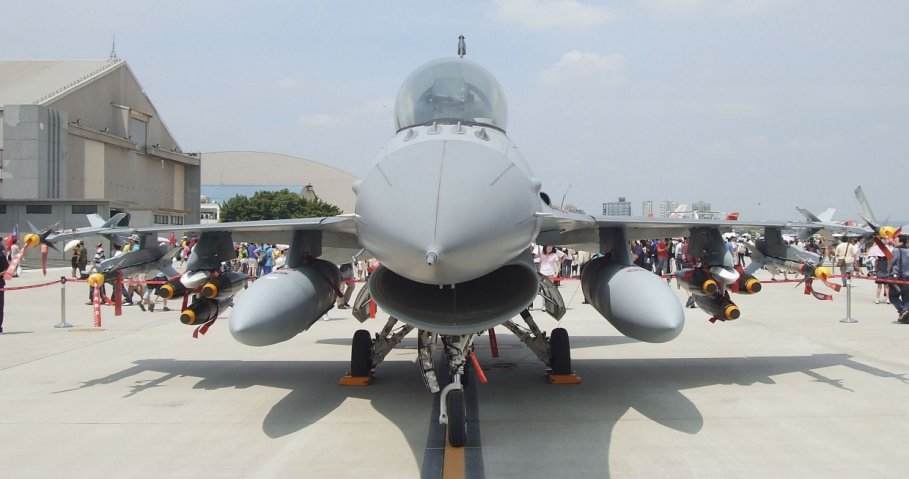 Taiwan is upgrading its older F-16s to the F-16V standard, as well as buying newbuild F-16s, to prevent a ‘fighter gap’ as older types are retired. (Janes/James Hardy)

Announced by national media on 17 March, this milestone paves the way for the configuration to enter service with the Republic of China Air Force (RoCAF), which plans to allocate these first aircraft to the 4th Tactical Fighter Wing at Chiayi in southwest Taiwan.

RoCAF chief, Major General Huang Chih-wei, was quoted as saying that a formal handover and acceptance ceremony for the newly upgraded aircraft will be held towards the end of March.

News of the completion of the first tranche of F-16V upgrades comes two-and-a-half years after the first aircraft was delivered back to the RoCAF by Lockheed Martin’s Aerospace Industrial Development Corp (AIDC) partners in October 2018. Work on the project began in January 2017, with the first four aircraft being inducted into the upgrade programme at AIDC’s Taichung facility in the northwest of Taiwan.

Taiwan has completed the first tranche of its F-16V Block 70/72 modernisation effort, upgrading the ...