Armasuisse, the Swiss Federal Office for Defence Procurement, has awarded a contract to BAE Systems Hägglunds (BSH) for the life extension of the Swiss Army’s 186 CV9030s, which Switzerland designates as the Schützenpanzer (Infantry Fighting Vehicle, IFV) 2000, BSH announced in a news release on 18 November. The life extension aims to keep the IFV in service until 2040. 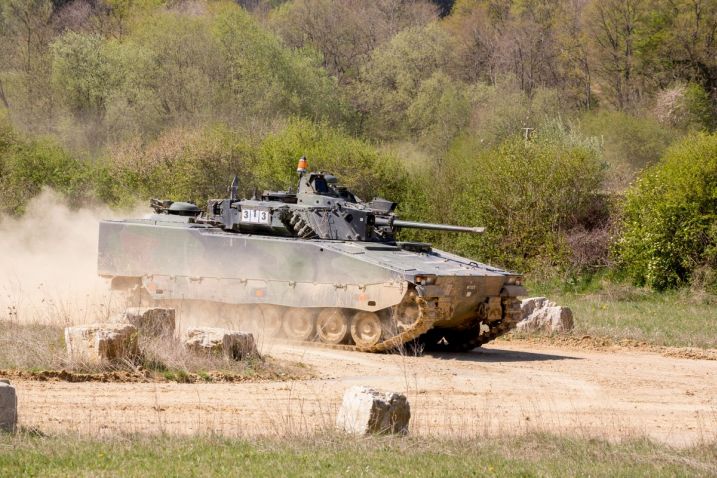 Armasuisse has awarded a contract to BSH for the life extension of the Swiss Army’s 186 Schützenpanzer 2000 IFVs. (DDPS)

BSH said the life-extension programme would modernise the Schützenpanzer 2000’s optical, electrical, and electronic components and include the installation of active damping technology to reduce wear and tear and through-life repair costs, as well as increase the IFV’s cross-country speed and comfort.

The Federal Department of Defence, Civil Protection and Sport (DDPS) said on its website that the vehicle’s chassis would be reinforced and the following components would be replaced: computer systems and displays, vehicle information systems, the camera system, infrared camera, and electricity generator. The life-extension programme would not increase the Schützenpanzer 2000’s capabilities, according to the DDPS, but the vehicles will be fitted with a 360° surveillance system, which BSH said would increase the vehicle’s situational awareness, combat effectiveness, and survivability by allowing safer route planning and quicker targeting. Installation of a new electronics architecture would support the adaptation of the IFV to future developments in technology, the company added.

Armasuisse, the Swiss Federal Office for Defence Procurement, has awarded a contract to BAE Systems ...