Switzerland is to hold a national referendum on its Air2030 requirement to procure new combat aircraft on 27 September. 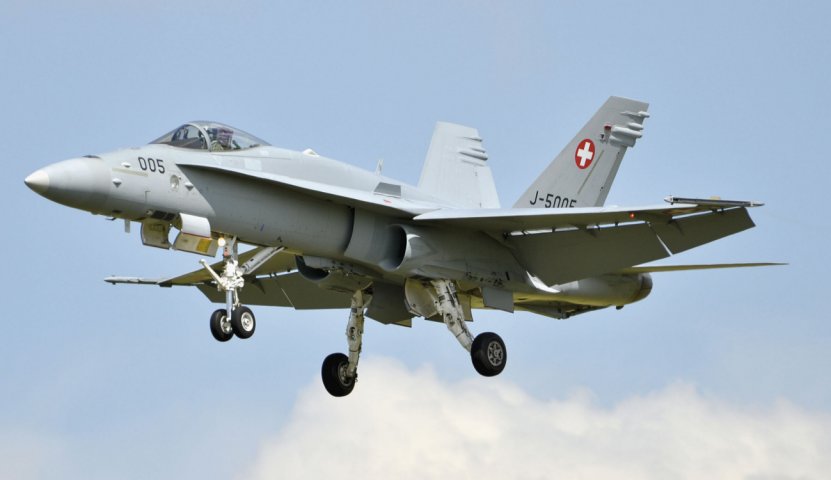 Switzerland is planning to replace its ageing Hornet (pictured) and Tiger II fleets, as well as procure new long-range ground-based air defence systems, under its Air2030 requirement. A national referendum on the fighter element is scheduled for 27 September. (Janes/Patrick Allen)

The date, announced by the government on 26 June, will see the population decide on whether or not to proceed with a planned procurement of a new aircraft type to replace the Swiss Air Force’s ageing Northrop F-5E/F Tiger II and Boeing F/A-18 Hornet fleets. As previously reported though, the type selection itself will not be subject to a vote.

With the Covid-19 pandemic having delayed proceedings, the referendum will take place before the offers from industry are due in November. These offers will come from Germany’s Airbus for the Eurofighter Typhoon, from France for the Dassault Rafale, and the United States for the Boeing F/A-18E/F Super Hornet and Lockheed Martin F-35A Lightning II Joint Strike Fighter (JSF).

For the fighter requirement, the competing companies contacted via the government authorities are requested to submit the most advantageous offer for Switzerland. The proposal should include prices for 36 and 40 aircraft (including logistics and weapons), as well as other defined industrial aspects of the bid including offsets.

Under a previously released timeline Switzerland had planned to select a new fighter type in 2020, though this will now likely take place in 2021. Parliamentary approval and the award of funding is due in 2022, with deliveries to follow from 2025.

Switzerland is to hold a national referendum on its Air2030 requirement to procure new combat aircra...

Switzerland has narrowly voted to procure a new fighter aircraft in a national referendum held on 27...

Switzerland has delayed its timeline for receiving responses from industry for its Air2030 requireme...