Sweden is to begin formal planning for its next-generation combat aircraft during the next budgetary cycle of the Ministry of Defence (MoD), the government disclosed on 7 July. 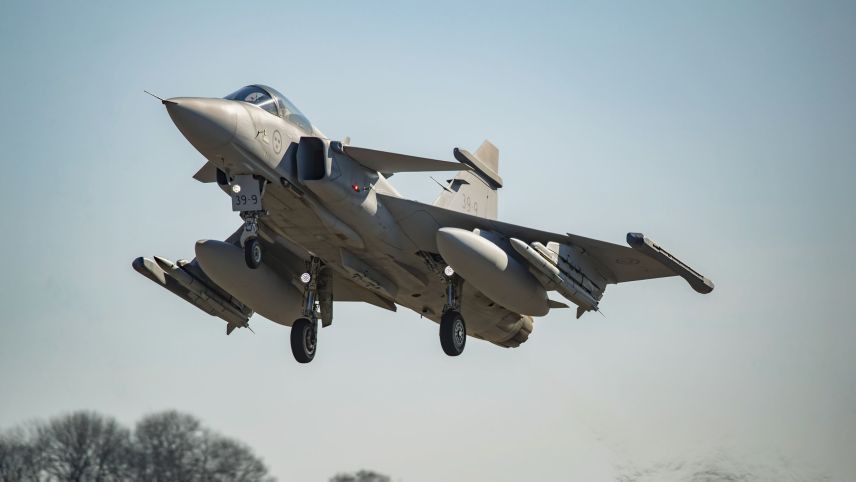 With Sweden set to consider what its combat aviation capabilities might look like beyond the Gripen E (pictured), options are likely to comprise further development of the Gripen; fully committing to the Tempest alongside the UK and Italy; joining another international project; or developing its own indigenous fighter aircraft. (Saab)

The groundwork for developing the country’s future combat aviation strategy will run over five-years, with a range of possible activities outlined by the government in the budgetary documentation it has released for the armed forces.

“Preparatory work on the future combat aviation capability and the next generation of fighter aircraft will begin during the defence decision period 2021-2025. Preparations can include studies, technology development, and demonstrator activities in collaboration with one or more international partners,” the documents said.

The government provided no further detail as to what form Sweden’s future combat aviation capability might take, but based on recent announcements and other events it is likely to follow one of four paths. These would be further development of the Saab Gripen, fully committing to the Tempest project alongside Italy and the UK, joining another international project, or developing its own indigenous fighter aircraft.

Taiwan's Ministry of National Defense (MND) said on 28 November that it has mobilised combat aircraf...

A total of 24 ships of this class were built and commissioned by the Republic of Korea Navy (RoKN) i...
Request Consultation