Sweden to extend service life of last A17 submarine 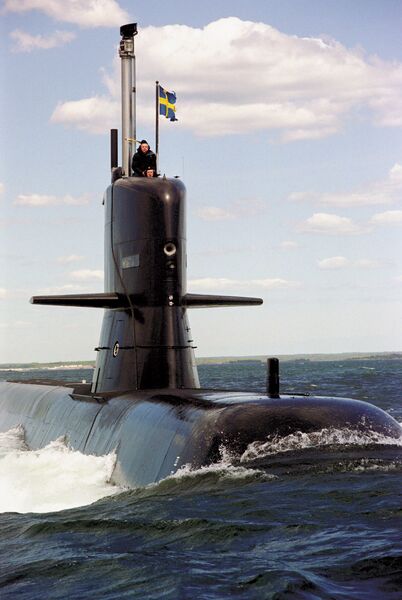 The life extension of HSwMS Södermanland will extend the boat's service life out to 2028–29. (Kockums)

Announcing the order on 14 September, FMV and Saab said that the life-extension work – to run concurrent with a routine refit in Karlskrona – would prolong the boat's operational life out to 2028–29. The move will ensure that the RSwN can maintain a four-boat submarine flotilla pending the arrival of the new A26 submarines HSwMS Blekinge and HSwMS Skåne from 2027 onwards.

The refit is the second life extension for Södermanland , which was originally commissioned in 1989 as the third of four Västergötland-class submarines. Work will include the embodiment of approximately 50 additions and alterations.

FMV's sustainment contract includes an exchange of batteries for the RSwN's submarine fleet, as well as a project focusing on battery development. The aggregate value of the overall package is SEK470 million (USD42.7 million), according to Saab.

Södermanland had originally been planned to reach the end of its operational life in 2022. However, delays to the A26 programme, which has slipped three years behind its original schedule, have resulted in the decision to further extend the boat's service life.