The Swedish Air Force (SwAF) will retain a number of its Saab JAS 39 Gripen C/D fighters beyond their current planned 2026 retirement date, solidifying an earlier announced plan to make up an anticipated shortfall in Gripen E numbers. 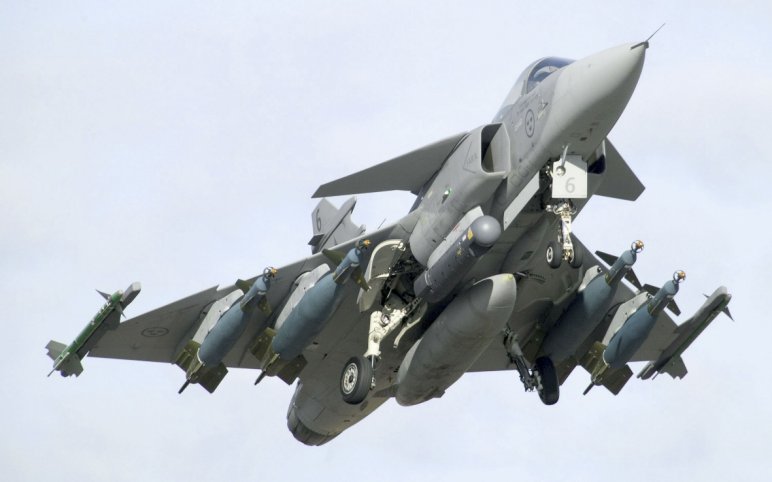 Having earlier announced it would like to retain a number of its Gripen C/D fighters in service beyond their planned 2026 retirement date, the money and the political will has now been found to make this plan a reality. (Saab)

The plan, announced by the Swedish Defence Ministry in mid-October and confirmed by manufacturer Saab on 23 October, is part of a wider increase in national defence spending by more than 40% between 2021 and 2025 that was revealed by Swedish defence minister Peter Hultqvist.

Of the current six Gripen C/D squadrons fielded by the SwAF, four are set to transition to the Gripen E over the coming years. As revealed in Hultqvist’s latest announcement, the two outstanding squadrons will remain operational with their existing Gripen C/D aircraft.

In 2017 Janes first reported comments made by a senior SwAf officer who said that with only 60 Gripen Es to be delivered from 2022 through to 2026, the service was mooting the possibility of retaining a number of its 73 Gripen Cs beyond this final delivery date to address a numbers gap (it had already been disclosed that a number of the 24 twin-seat Gripen Ds would likely be retained as operational trainers).

Although retaining a number of Gripen Cs was an option, at that time there was no additional money to fund such a plan. As noted by Saab, not only is the money now there but a date of ‘beyond 2030’ has been set for their retention.

The Swedish Air Force (SwAF) will retain a number of its Saab JAS 39 Gripen C/D fighters beyond thei...