Support in Japan grows for shift in defence budget strategy

Political support in Japan appears to be growing in favour of ramping up the country’s defence budget amid mounting concerns over China’s regional assertiveness and military modernisation.

Japan’s approach to defence funding has traditionally been conservative, framed by a notional self-imposed cap whereby the government allocates no more than 1% of national GDP to the appropriation. 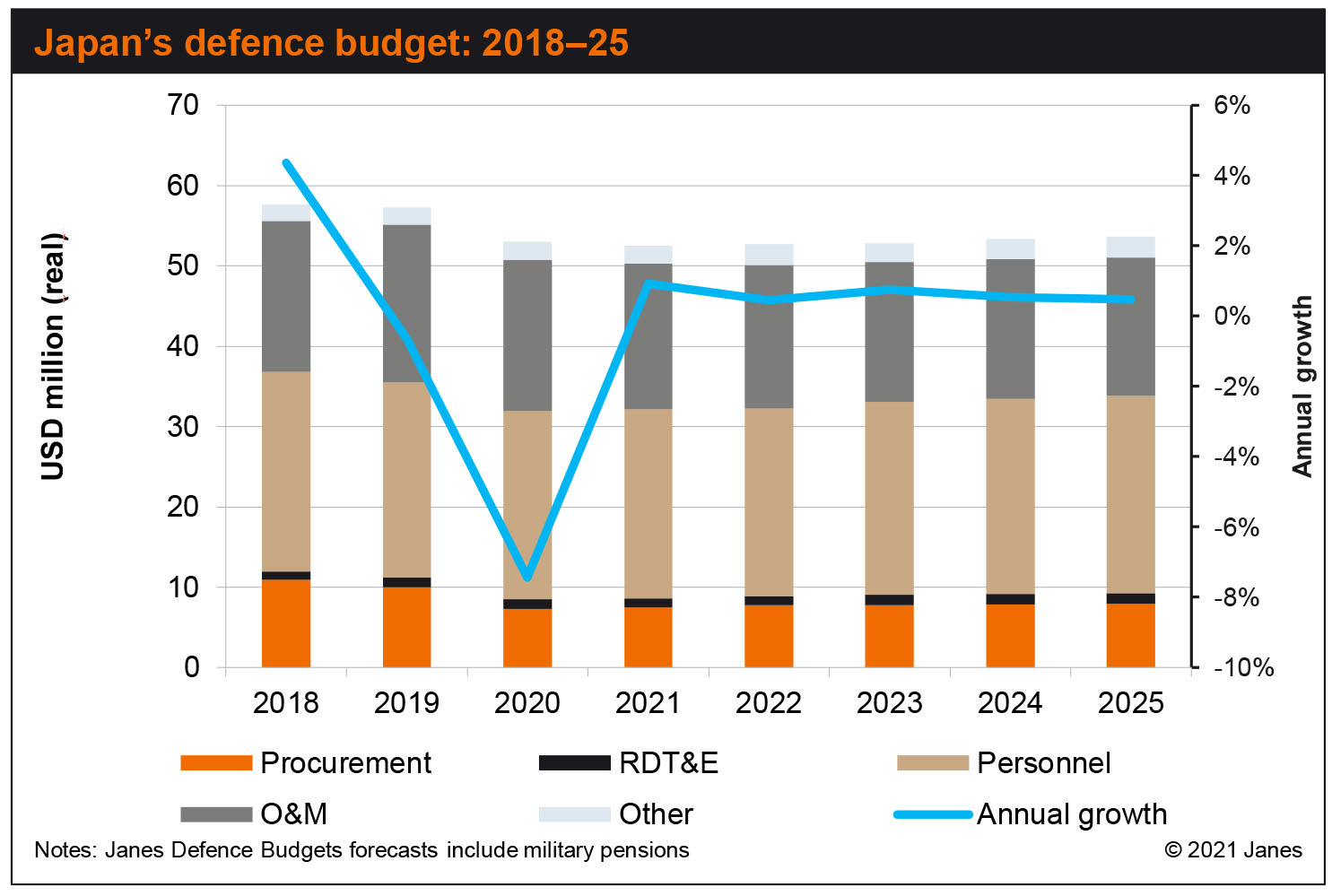 While this ceiling is regarded more as guidance than rigid policy, the budgetary strategy is linked closely to Japan’s pacifist constitution and its concept of “basic and standard defence”, defined as the possession of “minimum necessary capability”.

However, in response to China’s growing efforts to assert itself in the Asia-Pacific region, the LPD approved on 24 May a draft proposal from its defence subcommittee to “drastically increase” the country’s defence budget.

According to Japanese media reports, the LPD proposal, which also includes a recommendation that the country’s core defence policies are reviewed and updated, will now be forwarded to the government for consideration.

The subcommittee’s proposal reportedly warns the government that Japan faces a potential shortfall in defence funding, which would undermine its ability to respond to regional security challenges.

Political support in Japan appears to be growing in favour of ramping up the country’s defence budge...