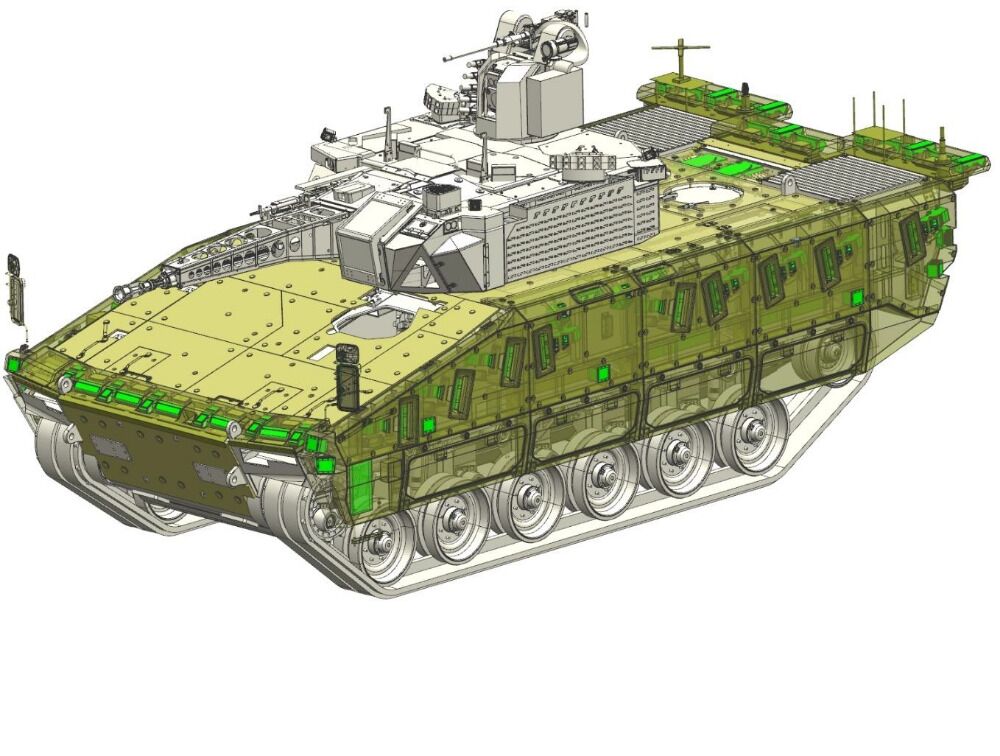 Serial production of Rheinmetall's StrikeShield APS for Hungarian Lynx IFVs will begin in the first quarter of 2022. (Rheinmetall)

Serial production of Rheinmetall's StrikeShield active protection system (APS) for Hungarian Lynx infantry fighting vehicles (IFVs) will begin in the first quarter of 2022, the German company has confirmed to Janes.

Rheinmetall announced in May that Hungary had signed a EUR140 million (USD158 million) contract for StrikeShield systems for 209 of the 218 Lynx IFVs ordered. Hungary will have a hybrid version of the system combining passive armour with the active protection elements of StrikeShield.

Rheinmetall has not disclosed the exact configuration of StrikeShield for the Hungarian IFVs, but a company presentation showed a typical configuration for Lynx can consist of up to 15 radar sensors, 35 electro-optical sensors, and 33 effectors. Two modules are also located at the rear of the hull to protect against top attack munition.

Initial work on the APS began in Germany in 1996 under the designation Advanced Modular Armor Protection – Active Defense System (AMAP-ADS). Rheinmetall conducted more than 1,149 live tests in 2009–19, including live firings of various anti-tank guided missiles and rocket-propelled grenades (RPGs). The latest version, ADS Gen 3, was renamed StrikeShield in 2020. Serial production began in September after the completion of development and all tests of the system.