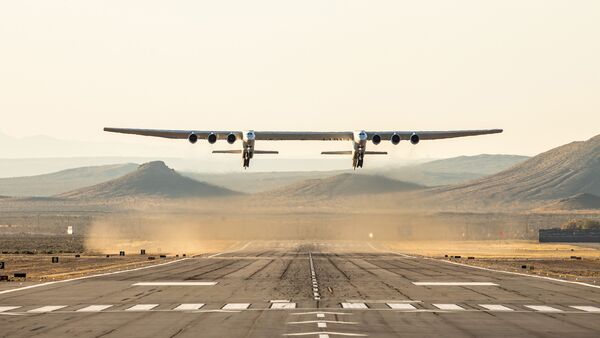 The Model 351 Stratolaunch underwent modifications between December 2019 and April 2021 to allow its carriage of Talon-series hypersonic test vehicles. The aircraft successfully flew its third test flight in January 2022. (Stratolaunch LLC)

US-based hypersonic flight-test services provider Stratolaunch LLC announced on 25 January that it had signed a contract to assist the US Air Force Research Laboratory (AFRL) with its hypersonic flight research programme.

In partnership with US information technology consultancy Booz Allen Hamilton, Stratolaunch LLC will provide guidance on the achievability of a “wide range of experiments” the AFRL intends to execute.

Due to reach initial operating capability in 2022, Talon-A is likely to be the first vehicle Stratolaunch LLC will offer for flight testing under the AFRL contract. In late 2020 Stratolaunch told Janes