Previous article
USAF to get new ops centre at Al-Udeid 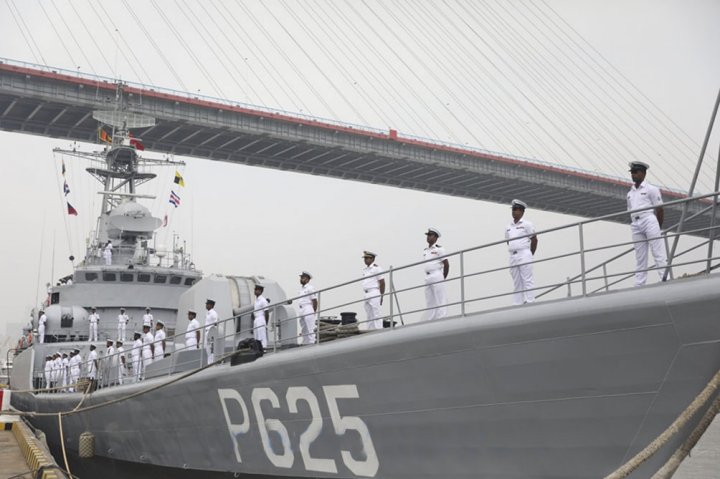 The SLN was formally handed over an ex-PLAN Jiangwei I-class frigate in a ceremony held on 5 June in Shanghai. (Sri Lanka Navy )

The service said in a statement that it officially took over the refurbished 111.7 m-long and 12.4 m-wide vessel on 5 June in a ceremony held at the Shanghai Zhonghua shipyard in China that was attended by the Chief of Staff of the SLN, Rear Admiral Nishantha Ulugetenna.

The vessel, which has a full-load displacement of 2,286 tonnes and a crew of 110 (including 18 officers), will be used for “patrol and surveillance missions in the deep seas around Sri Lanka, providing the maritime security and assistance to search-and-rescue operations”, according to the SLN.

The ship, which was first commissioned by the PLAN in 1994 under the name Tongling (542), now bears pennant number P 625. It is scheduled to sail to Sri Lanka on 14 June and is expected to reach the island country by the end of the month.

The move comes only a few weeks after China agreed to provide aid worth USD14 million to Sri Lanka to procure Chinese-made counter-insurgency equipment. The funding – pledged on 14 May during Sri Lankan President Maithripala Sirisena’s visit to Beijing – is intended to boost the capability of Sri Lanka’s security forces, the president’s media division said.

China has also agreed to provide Sri Lanka’s police force with 150 vehicles. The donations were pledged less than a month after Sri Lanka endured a series of suicide bombings, which killed more than 250 people.