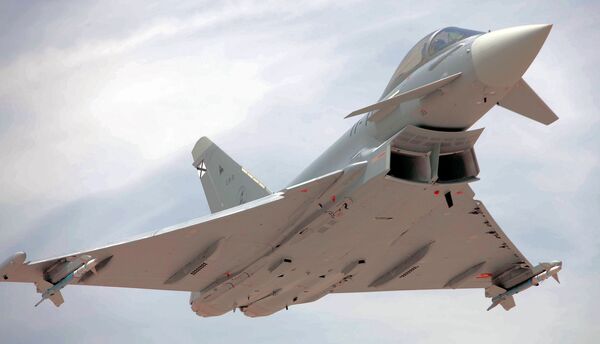 Spain is to increase the size and capabilities of its Eurofighter fleet, with the Project Halcon procurement and Tranche 3 MLU both approved by Madrid. (Eurofighter)

The Spanish government has approved the procurement of 20 new Eurofighter Typhoon combat aircraft under Project Halcon (Falcon), as well as a mid-life upgrade (MLU) for a portion of the country's existing fleet.

Announced as part of a wider raft of governmental approvals on 14 December, the move paves the way for a Project Halcon contract to be signed with Airbus for the Tranche 4 Eurofighters that will replace the Spanish Air Force's (Ejército del Aire Español: EdAE) Boeing EF-18 Hornets based on the Canary Islands. It also sets in motion a planned MLU for the service's existing Eurofighter Tranche 3 airframes.

“Great news from Madrid! We are grateful for the strong endorsement by Spain of the Eurofighter programme, and are looking forward to signing the Halcon contract soon, taking Spain's Air Force to the next technological level,” the CEO of Airbus Defence and Space, Michael Schoellhorn, said at the announcement.

As previously described to Janes, the Project Halcon Tranche 4 Eurofighters (company officials have previously called them Tranche 3+) would be of the latest Tranche 3 standard, plus an active electronically scanned array (AESA) radar and other modifications. For Spain, the AESA would be the European Common Radar System Mark 1, also known as ‘Radar 1', development of which is being led by Hensoldt and Indra. Delivery of these 20 new Eurofighters is scheduled to take place from 2025 to 2030.