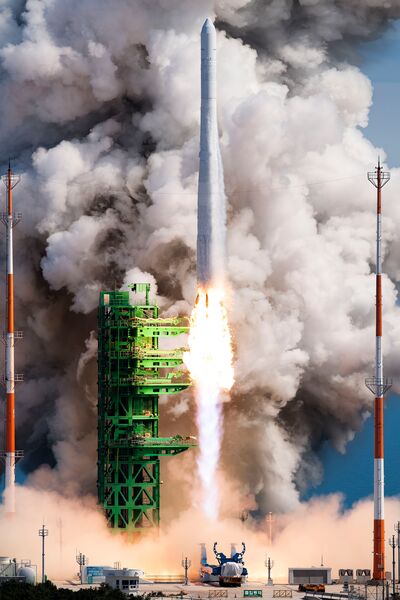 South Korean rocket KSLV-Ⅱ, also known as Nuri, taking off from its launch pad at the Naro Space Center on 21 June. Nuri is the first domestically developed and launched rocket that has been able to place satellites in orbit. (Korea Aerospace Research Institute via Getty Images)

South Korea's domestically developed rocket has been able to place satellites in orbit in the second attempt.

“Nuri” or KSLV-II – launched from the Naro Space Center located in the southern province of Jeonnam – “successfully” separated and placed a “performance verification” satellite at the targeted orbit, Lee Jong-ho, South Korea's Minister of Science and ICT (information and communications technology), said at a media briefing.

The South Korean government “plans to enhance technical reliability and stability of Nuri through four rounds of additional launchings until 2027”, Jong-ho added.

According to local media reports, the Ministry of Science and ICT confirmed on 22 June that the performance verification satellite has established communication with the state-run Korea Aerospace Research Institute's (KARI's) ground station located in the city of Daejeon.

The ministry has also said that, from 29 June the performance verification satellite will release four cube-shaped satellites – one after the other with a two day interval between each release – to conduct various observational missions.

South Korea's domestically developed rocket has been able to place satellites in orbit in the second...