KAI announced in an 11 December statement that DAPA’s assessment, which came five years and six months after the launch of the LAH project, “lays the foundation” for mass production of the helicopter, development of which is due to be completed by late 2022. 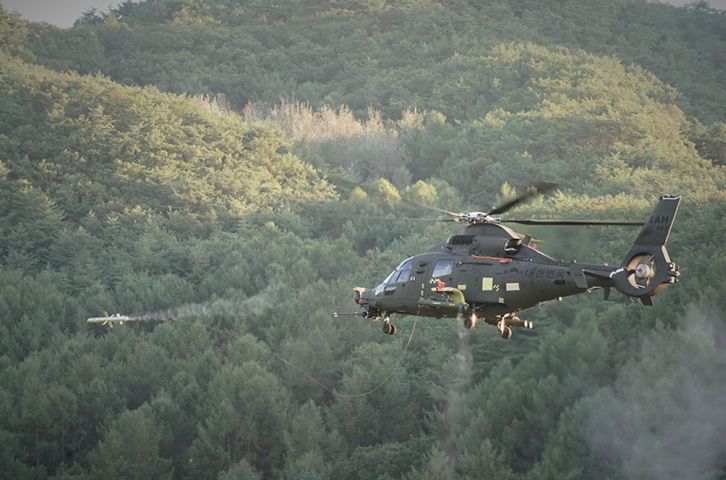 The LAH, which is being developed for the Republic of Korea Army (RoKA) to replace the service’s AH-1F and 500MD/Tow Defender helicopters, was first rolled out in December 2018 and made its first flight in July of the following year at KAI’s facility in Sacheon. Three prototypes have been built so far.

The helicopter, which is capable of carrying out ground-attack and close air support operations, is armed with a chin-mounted 20 mm Gatling-type gun, and fitted with stub wings to carry 70 mm unguided rockets as well as the locally developed Chungum anti-tank guided missile (ATGM), which has a stated range of about 8 km.

The rotorcraft is powered by two Arriel 2L2 turboshaft engines co-developed and built by Safran Helicopter Engines and Hanwha Techwin.

Together with the Light Civilian Helicopter (LCH), the LAH is part of an integrated civil and military helicopter development project with KAI as prime contractor and in partnership with DAPA and the Ministry of Trade, Industry and Energy (MOTIE).