The Republic of Korea Navy (RoKN) has completed an upgrade of its command, control, communication, computer, and intelligence (C4I) system under a KRW147.2 billion (USD124 million) project aimed at eliminating redundancies and expanding the system’s capabilities for future operations. 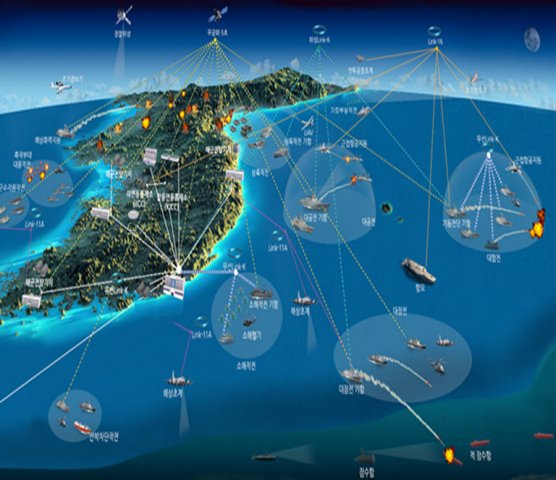 DAPA announced on 7 September that the RoKN has upgraded its C4I system as part of a KRW147.2 billion project aimed at eliminating redundancies and expanding the system’s capabilities for future operations. (DAPA)

South Korea’s Defense Acquisition Program Administration (DAPA) announced on 7 September that the upgraded system will “drastically improve the RoKN’s ability to carry out command and control (C2) in a combat situation as it can integrate all the information that was previously provided by four different systems – the Korean Naval Tactical Data Processing System (KNTDS), the Korean Naval Command and Control System (KNCCS), the Digital Specialised Processing System, and the Real-Time Text Network – into a single network.

The new system, which is capable of handling three times as much data as the previous one, also enables the navy to transmit and share data with other units in real time, including data on ballistic missiles.

DAPA pointed out that, while the earlier version of the system had been operated “as a single type without considering the operating environment of each unit”, the newer version, which was upgraded between August 2015 and August 2020, has been “customised according to the tasks of each unit”.

Moreover, all operating network terminals have been configured in such a way that they can be remotely controlled in real time, noted DAPA, adding that under the new system a ‘back-up’ C4I station could become operational within 10 minutes should the main station be damaged.

The Republic of Korea Navy (RoKN) has completed an upgrade of its command, control, communication, c...

The first upgraded Gwanggaeto Daewang (KDX-1)-class destroyer has been returned to the Republic of K...

South Korea is planning to enhance the performance of the locally developed SSM‐700K Haeseong (C-Sta...