Named Dosan An Chang-ho (pennant number SS 083), the 83.5 m-long boat, which is the RoKN's first of a planned fleet of nine KSS-III-class submarines, entered service in a ceremony held on 13 August at the facilities of Daewoo Shipbuilding and Marine Engineering (DSME) at Okpo on Geoje Island. 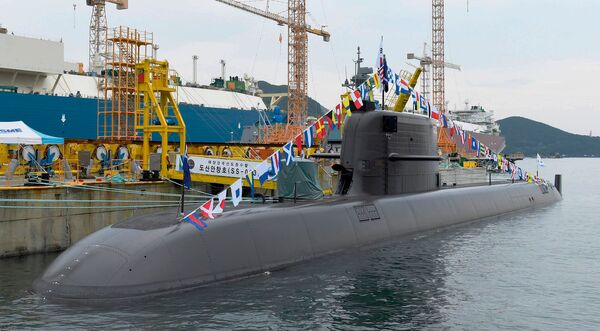 The RoKN commissioned Dosan An Chang-ho , its first KSS-III-class SSK, in a ceremony held on 13 August at DSME's Okpo shipyard on Geoje Island. (RoKN)

Equipped with locally made lead-acid batteries and an air-independent propulsion (AIP) system featuring hydrogen fuel cells, Dosan An Chang-ho is expected to be operationally deployed from August 2022 after undergoing a series of operational performance and capability evaluations, according to an RoKN statement.

Fitted with noise-reduction technology, the submarine, which displaces 3,358 tonnes when surfaced and 3,705 tonnes when submerged, has a stated maximum speed of about 20 kt, a cruising range of 10,000 n miles, and can accommodate a crew of 50, according to Janes Fighting Ships .