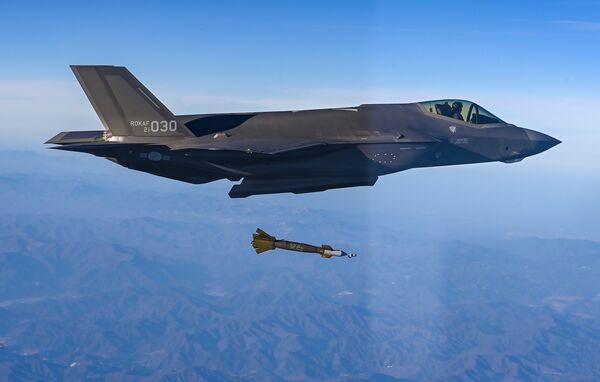 According to the South Korean Ministry of National Defense (MND), the training is to enhance the capability of the F-35 fleet to strike North Korea's missile-related facilities.

The JCS added that this is “the first time that the F-35A has participated in a strike drill for an armed demonstration against North Korea”.

Images released by the state-owned Korean Central News Agency (KCNA) show the Hwasong-17 being launched directly from a TEL.