South Korea’s Defense Acquisition Program Administration (DAPA) and Ministry of Trade, Industry and Energy (MOTIE) signed an agreement on 15 September to support collaboration on the local production of components for key military platforms.

The memorandum of understanding (MOU) is the latest in a series of reforms in South Korea to boost import substitution efforts and support local capability advancement. The emphasis on such initiatives has increased during 2020 in response to the impact of Covid-19. 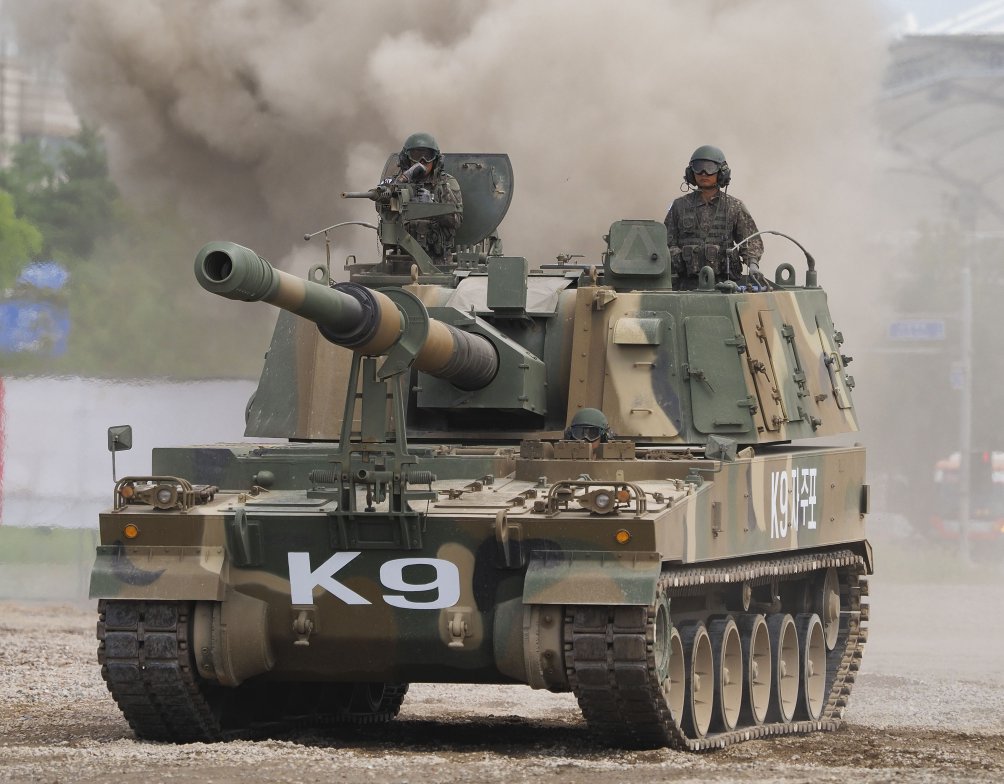 South Korea has announced a new import-substitution programme. One of its first projects is to locally develop an engine for the K9 155 mm self-propelled artillery system. (Janes/Kelvin Wong)

DAPA said in a statement that the new agreement supports co-operation on the local sourcing and production of “raw materials, parts, and equipment” for military platforms operated in South Korea. Under the arrangement, MOTIE will be expected to widen opportunities for local industry to participate in defence procurement projects managed by DAPA.

One of the first projects under the agreement, said DAPA, will be to locally develop and build an engine for Hanwha Defense’s K9 155 mm tracked self-propelled howitzer. The gun system is presently powered by an engine sourced from Germany’s MTU.

“With this business agreement,” said the statement, “DAPA will identify and plan projects in the defence sector, and [MOTIE] will support development costs and support the management of projects to develop and build parts for systems that the South Korean military is operating or planning to operate.”

It added, “[The agreement] plans to preferentially develop replacements for core imported parts that can create high added value due to the technological ripple effect and export potential.”