South Korea will develop technologies that would enable the Republic of Korea Army (RoKA) to field unmanned versions of its K1 main battle tanks (MBTs) and K9 155 mm tracked self-propelled howitzer (SPH), an official at the Agency for Defense Development (ADD) told Janes on 5 August. 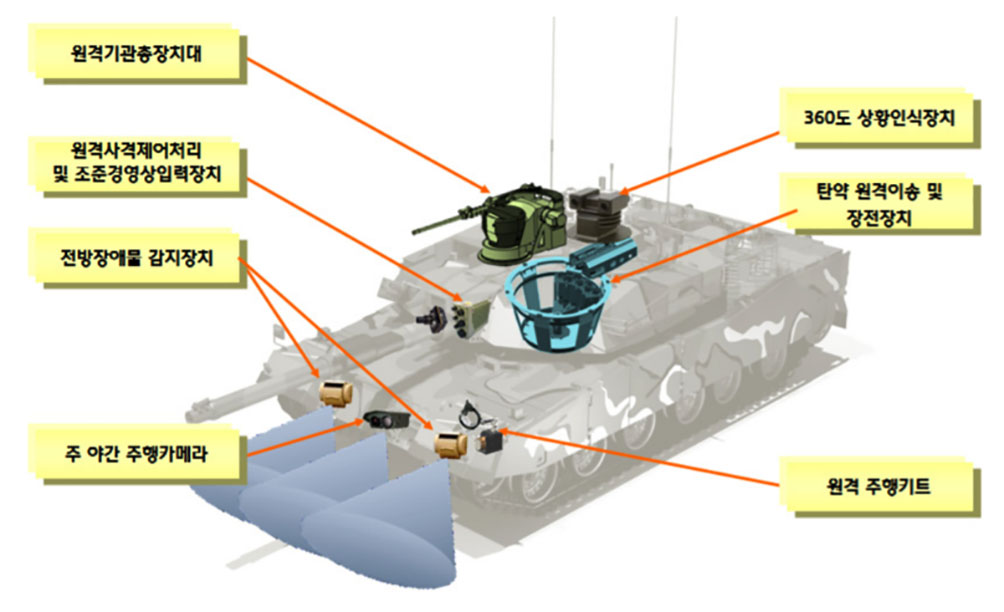 Janes understands that the ADD-led programme is expected to commence in December and will deliver a completed study by November 2024. The agency has budgeted KRW7.38 billion (USD6.19 million) for this work.

Key lines of research include a common remote-control architecture and remote driving as well as autonomous navigation technology. The agency will also explore mission systems that address the unique characteristics of both MBT and SPH operations, such as mobile target remote aiming and tracking technology for the former.

An earlier concept study released by the Korea Institute of Military Science and Technology (KIMST) in 2016 offers a possible configuration of an unmanned K1 MBT. For example, the MBT’s turret roof is equipped with a 360° situational awareness suite and a remote-controlled weapon station (RCWS), while a carousel-type automatic reloading system and a remote-control fire control and targeting suite have been installed within.

South Korea will develop technologies that would enable the Republic of Korea Army (RoKA) to field u...

The US Department of the Air Force's Golden Horde Vanguard programme has commenced a new competitive...

Evidence that the power and mobility advantages of vehicles powered by hybrid electric drive (HED) a...
Request Consultation