The country's Defense Acquisition Program Administration (DAPA) said in a 16 June statement that the systems – a rail-mounted robot and an artificial intelligence (AI)-enabled video and audio system – are being acquired through a fast-track procurement process and will initially be introduced as part of six-month-long trials starting in October (for the AI-based system) and December (for the rail-mounted system). 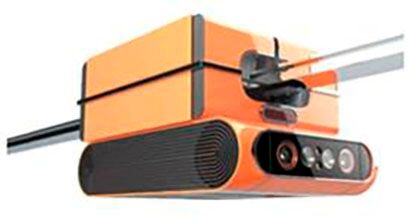 The systems are expected to enter service shortly thereafter should they meet the military's requirements.

The ‘Mobile Rail Robot Surveillance System' has been designed to move along a rail at a speed of 5 m/s. It is equipped with what are understood to be motion sensors and a high-resolution, pan-tilt-zoom camera capable of remote control. The sensor suite enables the robot to detect and track unusual movements made by even relatively small objects (0.3 × 0.3 m) out to a distance of more than 1 km during the day and of more than 200 m at night, according to DAPA.

Should unusual movements be detected, the robot can automatically alert the control centre or send out an audible warning to the source of the movement.