South Korea to begin work on light aircraft carrier in 2022

South Korea’s Defense Acquisition Programme Administration (DAPA) announced on 23 February that work on the Republic of Korea Navy’s (RoKN’s) future next-generation light aircraft carrier is slated to officially start in 2022 and be completed by 2033.

Citing a decision made the previous day by the country’s Defense Project Promotion Committee, DAPA said that about KRW2.3 trillion (USD2.07 billion) has been tentatively earmarked for the project, which was previously known as LPX-II but has now renamed CVX. 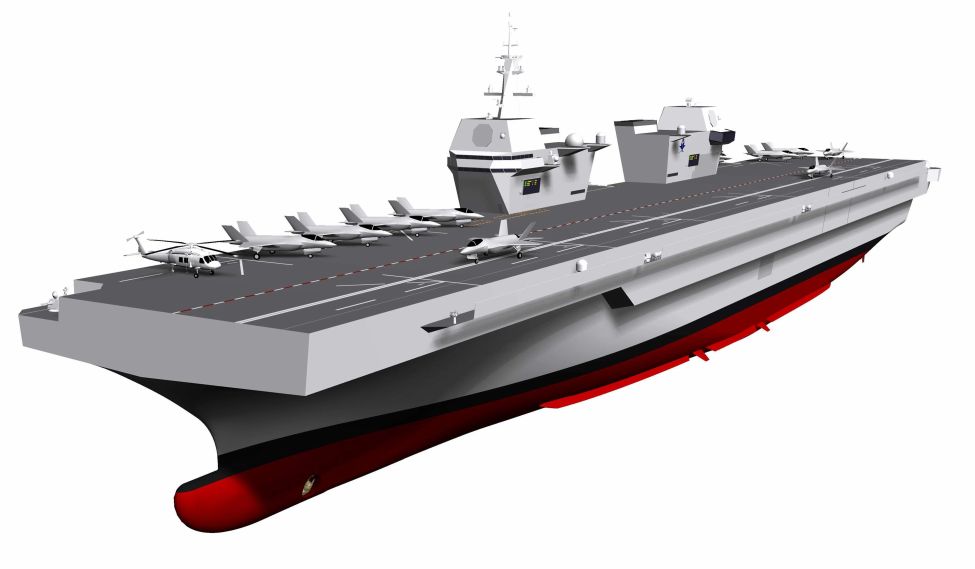 The RoKN unveiled in January a revised conceptual design for its future light aircraft carrier featuring a twin-island arrangement. Work on the carrier project is now set to officially begin in 2022 and be completed by 2033, according to DAPA. (RoKN)

The agency pointed out that the total project cost “will be reviewed/confirmed through a feasibility study” set to be conducted by the Ministry of Economy and Finance.

DAPA said the CVX project is aimed securing the country’s the first light aircraft carrier to “suppress provocations in disputed waters” and to quickly respond to “various security threats” through the use of short take-off and vertical landing (STOVL) aircraft.

The latest developments come after the RoKN unveiled a revised conceptual design of the carrier on 3 January. The latest design, which confirms that the vessel will not have a ski-jump, features a twin-island arrangement.

The computer-generated imagery (CGI) also appeared to confirm that the service plans to operate Lockheed Martin F-35B Joint Strike Fighters from the vessel. Naval helicopters, somewhat similar in appearance to the Sikorsky/Lockheed Martin MH-60R Seahawk, can also be seen on the carrier.

The RoKN pointed out, however, that the latest conceptual design can be further revised during the basic and detailed designed stages.