Official sources told Janes on 19 January that this M3 variant, which was proposed by Hanwha Defense in partnership with original equipment manufacturer (OEM) General Dynamics European Land Systems (GDELS), was chosen over the Otter Armoured Amphibious Assault Bridge (AAAB) system, which had been proposed by rival bidder Hyundai Rotem in co-operation with OEM FNSS Savunma Sistemleri, following a series of trials and evaluations conducted in the second half of 2020. 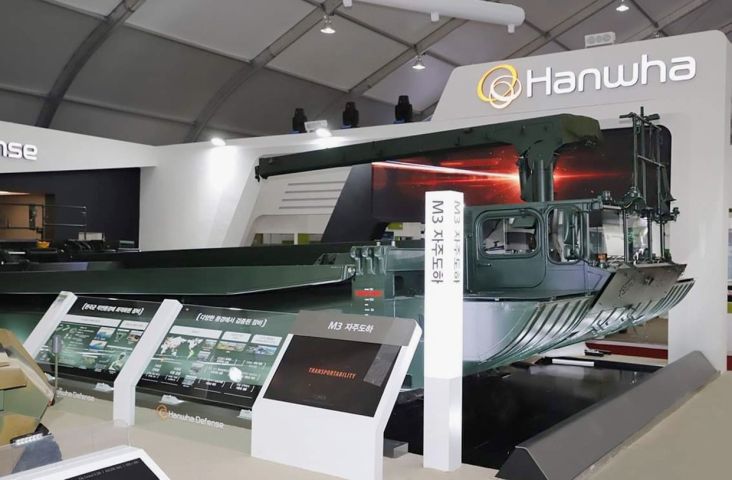 In its bid for the KRW500 billion (USD454 million) programme, which was submitted in March 2020, Hanwha Defense had stated that the localised M3 version, known as the M3K, would be built under licence in South Korea and specifically tailored to meet RoKA requirements.

Sources told Janes that the RoKA has a requirement for about 100 of these systems, with deliveries slated to begin in 2023.

According to GDELS, the M3, which can be handled by a crew of two and offers “an increased level of system automation to ensure low operating costs”, can be used as a bridge or as a multi-bay raft, and carry loads of up to military load-class (MLC) 85T/132W, including tracked vehicles such as main battle tanks. The M3 also offers interoperability with other bridging solutions such as the Standard Ribbon Bridge (SRB)/Floating Support Bridge (FSB), and Improved Ribbon Bridge (IRB).