South Korea’s Joint Chiefs of Staff (JCS) revealed on 12 April that they are closely monitoring the moves of the North Korean military amid signs of activity at Sinpo South Shipyard and speculation that Pyongyang could launch a new submarine and/or test a new submarine-launched ballistic missile (SLBM) in the near future.

“Our military has been closely tracking and monitoring North Korea’s military moves, while the South Korean and the US intelligence authorities have been maintaining close co-operation,” JCS spokesperson Colonel Kim Jun-rak was quoted by the Yonhap News Agency as saying during a briefing held that same day.

The statement comes after the media outlet quoted an unnamed defence source as saying on 11 April that US and South Korean intelligence officials believe North Korea is ready to launch a new 3,000-tonne diesel-electric ballistic missile submarine (SSB) and is only waiting for the right timing. 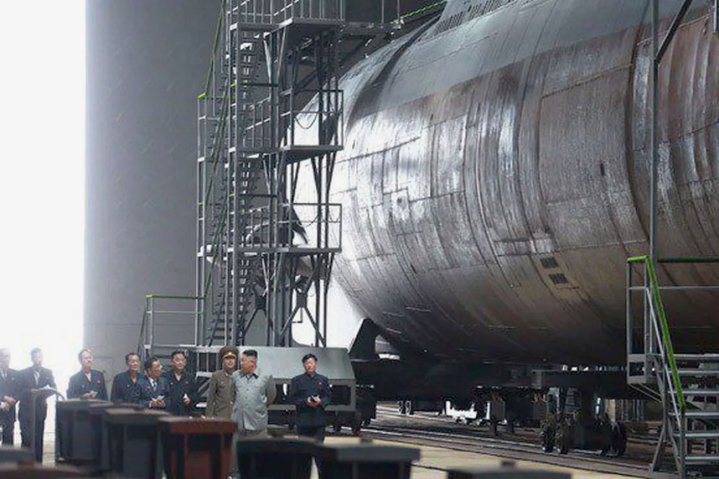 In July 2019 North Korea released partial images of what it described as a “newly built” submarine. The Yonhap News Agency quoted an unnamed defence source on 11 April as saying that US and South Korean intelligence authorities believe the submarine is ready to be launched. (KCNA)

“Both South Korea and US intelligence authorities made the assessment that North Korea has already finished building the 3,000-tonne submarine unveiled in July 2019. … The authorities assess that North Korea is reviewing the right timing to roll out the submarine for a strategic effect, including maximising pressure against the United States,” said the source, adding that Pyongyang could reveal the submarine at a launching ceremony and roll out a new SLBM.

South Korea’s Joint Chiefs of Staff (JCS) revealed on 12 April that they are closely monitoring the ...