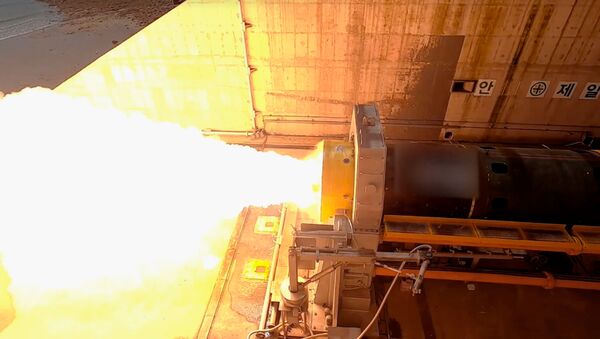 South Korea plans to develop and start operating a new space launch vehicle by 2024 from its Naro Space Center in Goheung County, the Ministry of National Defense (MND) in Seoul disclosed on 16 September.

The announcement comes after the country's Agency of Defense Development (ADD) carried out successful combustion tests of a new solid-propellant rocket engine on 29 July.

The planned space launch vehicle will be used to place small satellites or multiple ultra-small satellites into low Earth orbit, increasing South Korea's space-based defence capabilities, noted the MND, pointing out that the indigenous development of such technologies only became possible after the lifting of restrictions under the US-South Korea missile guidelines agreement.

On 7 September South Korea's Ministry of Science and Information and Communication Technology announced that it intends to support know-how transfers to private local companies to promote the development of the domestic space-launch vehicle market.

During an online conference held the same day the ministry said it would launch the Korean Advanced Space Launch Vehicle project next year, pointing out that while the new space-launch vehicle will be designed by the state-funded Korea Aerospace Research Institute (KARI) it will be manufactured by private local companies, unlike the Nuri, which was both designed and produced by KARI.