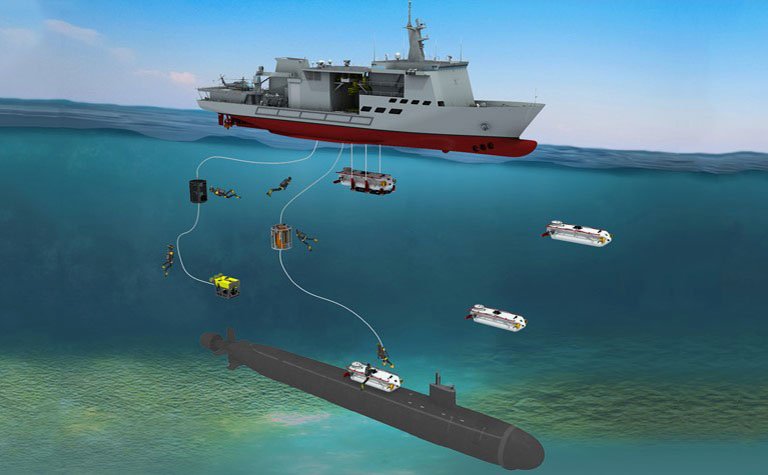 In a 3 December statement the UK-based company said the ASR-II will be fitted with the Ranger 2 Ultra-Short BaseLine (USBL) system, which will interface aboard the vessel with GE’s Seastream Dynamic Position (DP) control system “providing accurate and fast position reference updates during critical station keeping activities”.

The Ranger 2 onboard the ASR-II will also be used to simultaneously track the position of, and communicate with, Sonardyne instrumentation fitted to the new, untethered Deep Search and Rescue Vehicle (DSRV) that is being acquired from UK-based subsea engineering, operations, and services group JFD to operate from the ASR-II, which is expected to be delivered to the RoKN by the end of 2022.

The ASR-II and its DSRV are being built as a replacement for the RoKN’s 103 m-long, 4,300-tonne RoKS Cheonghaejin submarine rescue ship, which was commissioned in November 1996 and is able to operate in waves of 2 m or smaller.

Sonardyne said that the order from GE’s Power Conversion business also includes a seabed-deployed 3,000 m-rated Dynamic Positioning Transponder 6 (DPT 6) with a recovery floatation collar to provide “high accuracy USBL positioning” for reliable station keeping, even when operating near sources of potential noise interference such as other naval vessels.

The control room software will be fitted with a Ranger 2 Marine Robotics Pack, which will also enable the vessel's crew to both track the DSRV and communicate with it by sending and receiving status messages.

South Korea to begin work on light aircraft carrier in 2022