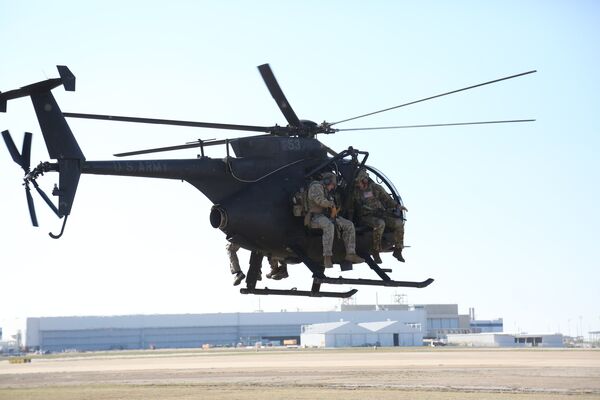 At the time, Downer described how FLB would not necessarily comprise an AH-6/MH-6 configuration but could instead be a commercial variant of a slightly larger aircraft.

Addressing delegates on 19 May, Downer suggested the future viability of MELB-X would be heavily dependent upon the adoption of the US Army's Future Attack Reconnaissance Aircraft (FARA) by USSOCOM and specifically, the US Army's 160th Special Operations Aviation Regiment.

“We don't know which platform the army is going to select for Future Vertical Lift. There are a lot of decisions we have going forward. Maybe [MELB-X] is really just a placeholder for instant market options going forward. We don't know whether or not we're going to do a Block IV modification to do that configuration.

“Until then, the current aircraft that we're flying will continue the legacy. We think that the best capability we have added to the aircraft over the years is how much more we've added. We have gone from four rotor blades to six, how much more can we add to that airframe? Are we getting to the end of that?”

The US Special Operations Command (USSOCOM) has redesignated its Future Little Bird (FLB) concept as...