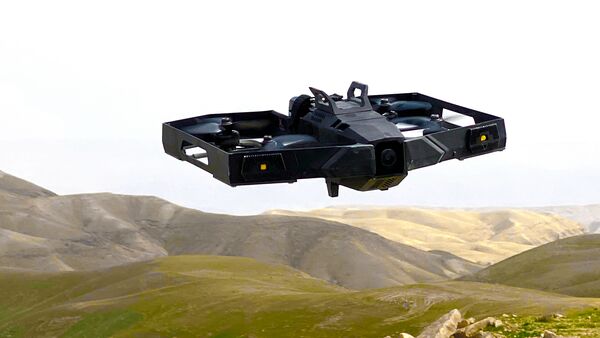 XTEND is interested in collaborating with the UK DE&S FCG as part of the HMT programme. Pictured is the company's Xtender UAS. (XTEND)

The FCG nUAS project comes under the British Army's RAS programme, which seeks to exploit emerging technologies to prepare the British Armed Forces for future challenges.

According to Bar-On, XTEND's UAS capabilities were more technologically advanced for spiral four and five of the nUAS programme, therefore the company profiled their products more generally to the FCG. The FCG subsequently expressed an interest in their systems and a ground demonstration is planned, Bar-On said.

Bar-On also outlined the company's interest in participating in the British Army's HMT commercial framework, which falls under the umbrella of the RAS programme.

The Xtender is an indoor intelligence, surveillance, and reconnaissance (ISR) UAS built for close-quarters combat and urban warfare. The Xtender incorporates XTEND's Operating System that enables the control of multiple UAS from a single operator and remote control payloads deployed indoors.