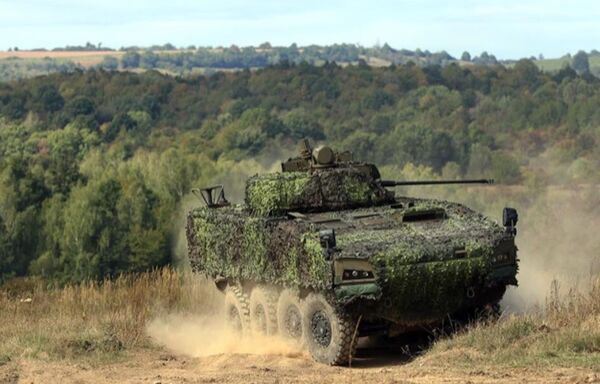 Slovakia and Finland, along with Patria, signed a government-to-government agreement on 30 August on the procurement of 76 Patria 8×8 AMV XP Armoured Modular Vehicles for the Armed Forces of the Slovak Republic, the two countries' ministries of defence (MoDs) and the Finnish company have announced.

The two MoDs also signed a government-to-government agreement to support the procurement, including quality assurance of the AMV XPs being acquired by Slovakia, possible pricing audits, exchange of information and user experience, and co-operation on training and exercises.

In addition, Patria signed an agreement with Slovak company Konštrukta Defence on industrial participation. Slovak Defence Minister Jaroslav Naď said more than 40 Slovak defence companies had exceeded the objective of at least 40% involvement in the procurement, reaching 43%, adding that this may not be the final figure. Finnish Defence Minister Antti Kaikkonen said Finland would provide these companies with its expertise and technology so that the vehicles can be produced in Slovakia.

Jukka Holkeri, executive vice-president of Patria's global division, said, “Together with Konštrukta Defence, EVPU, and CSM, as well as with other local companies, we have created a long-term solution that provides Slovakia sustainable security of supply. Additionally, this agreement provides Slovakia the possibility to continue stable acquisition of vehicle variants and related support of full life-cycle services under the same contract.”

The Slovak MoD expects the first vehicle to be delivered in September 2023. The first eight vehicles will be manufactured in Finland, giving employees of Slovak companies the possibility to learn about the production process. The remaining 68 vehicles will be produced in Slovakia, with deliveries expected to take place in 2024–27.

Slovakia and Finland, along with Patria, signed a government-to-government agreement on 30 August on...