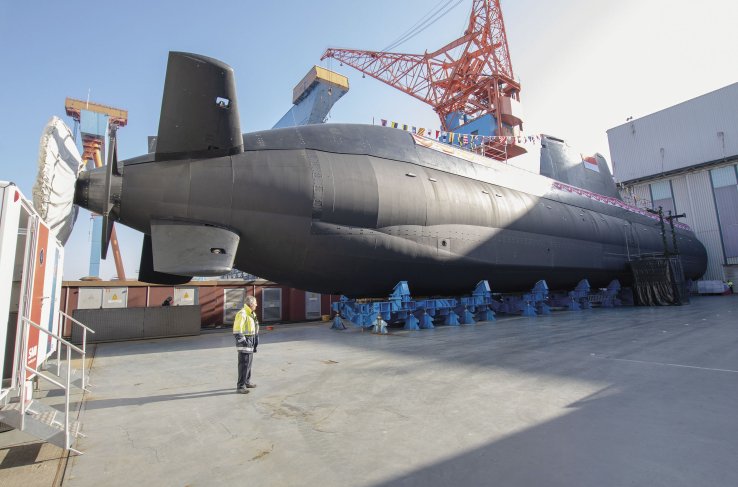 Delivery of the first Invincible (Type 218SG)-class air-independent propulsion (AIP)-equipped diesel-electric submarine (SSK) has been delayed because of disruptions due to the global coronavirus pandemic.

“Due to supply chain disruptions arising from the Covid-19 pandemic, the first Invincible-class submarine is expected to be delivered to Singapore by 2022, instead of the previously projected 2021”, said the Singapore Ministry of Defence (MINDEF) on 29 June. Janes also understands that the vessel has yet to begin its sea trials.

The SSK, which will be known in service as RSS Invincible once commissioned, is one of four Type 218SG boats ordered under two separate contracts signed between ThyssenKrupp Marine Systems (TKMS) and the Singaporean government in 2013 and 2017. It was launched at a ceremony at Kiel in February 2019.

The boat features an X-shaped stern rudder for enhanced manoeuvrability in shallow littoral waters, and customised operator consoles that have been designed to suit the ergonomics of RSN personnel.