Singapore is expected to acquire “a small number” of Lockheed Martin F-35 Lightning II Joint Strike Fighters (JSFs) after it identified the aircraft as the “most suitable replacement” for the Republic of Singapore Air Force’s (RSAF’s) ageing F-16C/D multirole combat aircraft, the Ministry of Defence (MINDEF) announced on 18 January.

The announcement comes after a five-year technical evaluation by the RSAF and the Defence Science and Technology Agency (DSTA), which is the country’s defence procurement authority.

However, the ministry stopped short of declaring a confirmed buy, instead noting that further evaluation would be necessary before it proceeds with a full-scale acquisition. 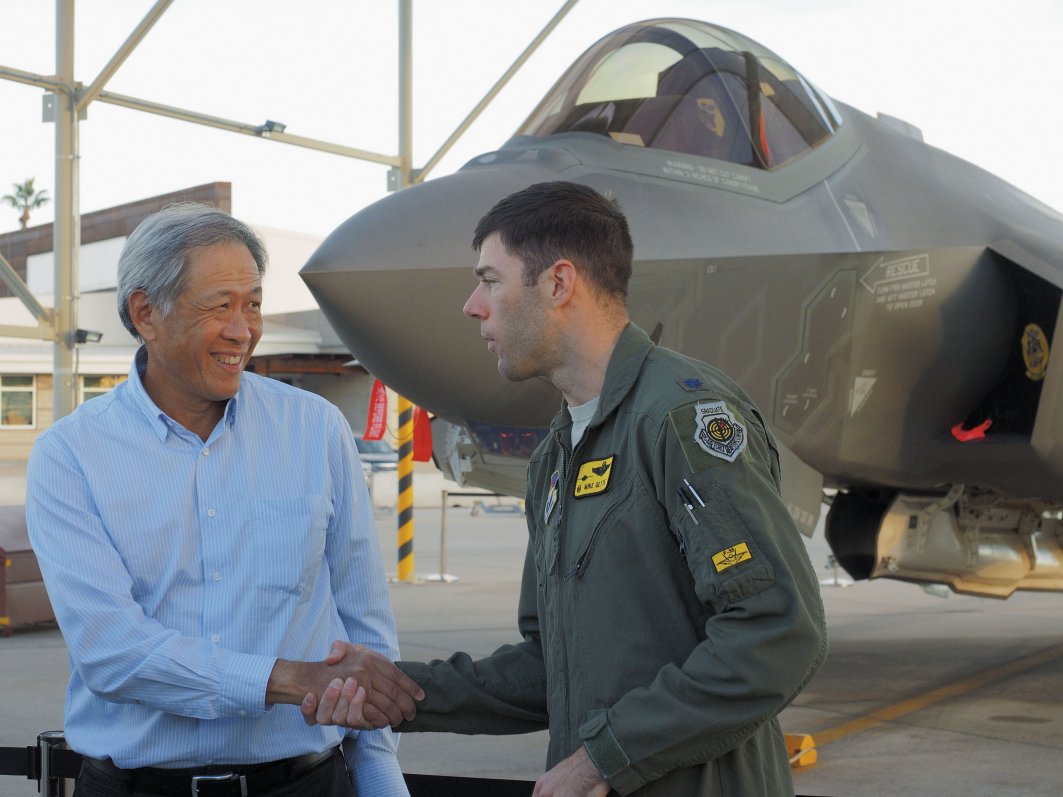 Singapore’s defence minister, Ng Eng Hen, receives a briefing on the conventional take-off and landing F-35A at Luke Air Force Base, Arizona, on the sidelines of Exercise ‘Forging Sabre’ in December 2015. The country has announced that it has selected an unspecified variant of the aircraft for further evaluation. (IHS Markit/Kelvin Wong)

“The technical evaluation also concluded that the RSAF should first purchase a small number of F-35 JSFs for a full evaluation of their capabilities and suitability before deciding on a full fleet,” MINDEF said in its statement, although it did not disclose whether it would be acquiring the conventional take-off and landing (CTOL) F-35A or the short take-off and vertical landing (STOVL) F-35B.

“In the next phase, MINDEF will discuss details with relevant parties in the US before confirming its decision to acquire the F-35 JSFs for Singapore’s defence capabilities,” it added.