The Republic of Singapore Navy (RSN) is aiming to deploy four new 30-tonne unmanned surface vehicles (USVs) to support maritime security operations in the congested Singapore Strait, following a series of sea trials that are expected to conclude by the end of 2021.

The new sea vehicles – designated Maritime Security Unmanned Surface Vessels (MARSEC USVs) – will operate alongside the RSN’s manned surface combatants such as the Littoral Mission Vessels (LMVs) to enhance security in the vital waterway, which around 1,000 ships ply daily. 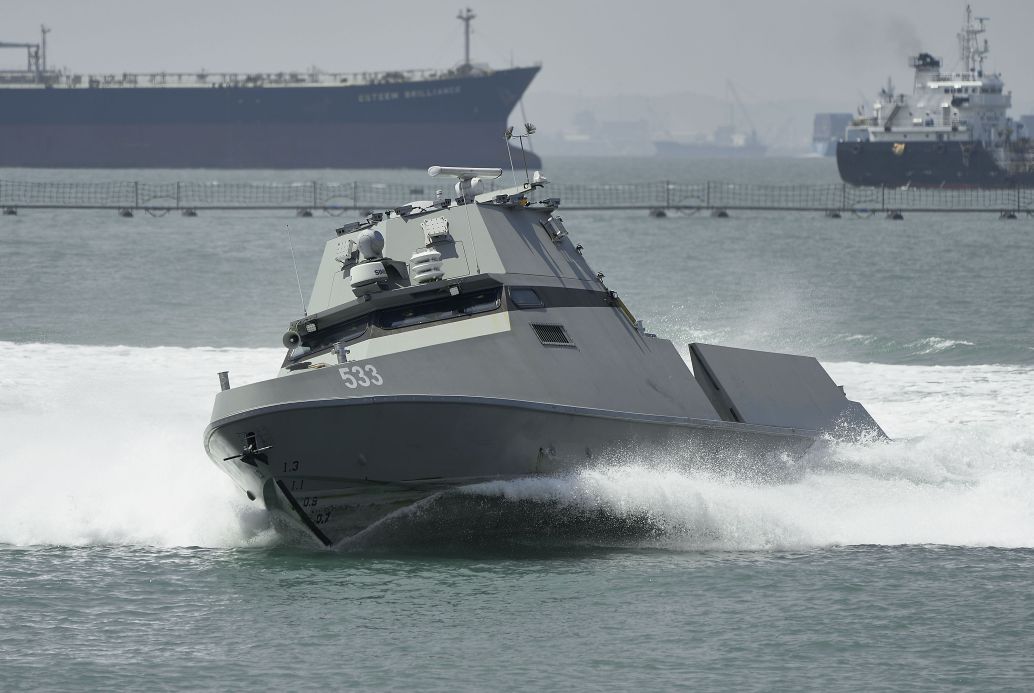 The Republic of Singapore Navy will field new Maritime Security USVs to complement surface combatants such as its the Littoral Mission Vessels. (Janes/Kelvin Wong)

According to specifications released by the Ministry of Defence (MINDEF), the MARSEC USV measures 16.9 m long with a beam of 5.2 m and a maximum stated speed and endurance that exceeds 25 kt and 36 hours respectively. When fully developed, it will be equipped with a range of non-lethal and lethal payloads including a long-range acoustic device (LRAD) and a stabilised remote weapon station fitted with a 12.7 mm machine gun as well as a laser dazzler.

The USV will be operated by two personnel, with one responsible for mission planning and navigation and the other operating its payloads.