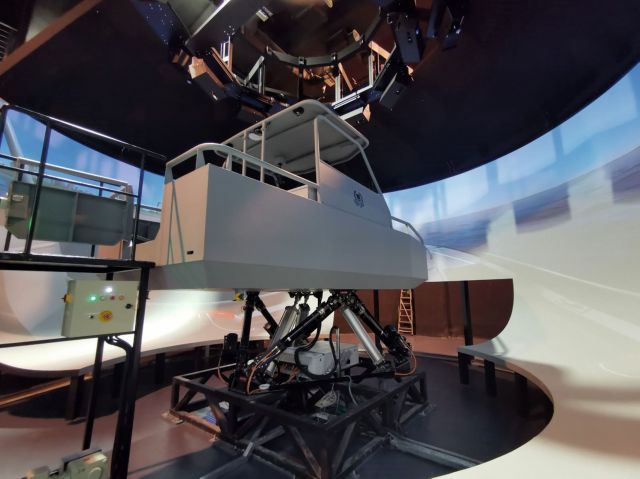 The Police Coast Guard simulator, which has been developed as a collaboration with HTX. (Singapore Police Force)

The system, which has been described as the first of its kind in the country, has been incorporated with an eye tracker to detect trainees’ visual focus during stressful simulation scenarios. It has been installed at the PCG’s headquarters on Brani Island.

The simulator developed by the PCG in collaboration with the country’s Home Team Science and Technology Agency (HTX). It can emulate the PCG’s high-speed patrol interdiction boats, and second-generation high-speed PK-class interceptor boats.

The system can generate vessel simulation at speeds exceeding 50 knots, and can also mimic how vessels behave in the real world when affected by factors such as wave movements or impacts with other crafts and floating objects, in a range of sea states with different speeds, said the HTX.

Training scenarios, conditions, and environment can be controlled and replayed via an instructor operating station, the agency added in a 27 September media release.