Singapore defence prime ST Engineering has unveiled the Veloce family of hybrid fixed-wing/vertical take-off and landing (VTOL) unmanned aerial vehicles (UAVs) at the 2020 Singapore Airshow, which is being held at the Changi Exhibition Centre from 11-16 February.

The company is showcasing two market-ready Veloce variants – the Veloce 15 (V15) and Veloce 60 (V60) – at the event, with both air vehicles centred on a common airframe design comprising a main fuselage pod that supports the type's payload, avionics, shoulder-mounted wings, and a rear-mounted piston engine that drives a two-bladed pusher propeller. 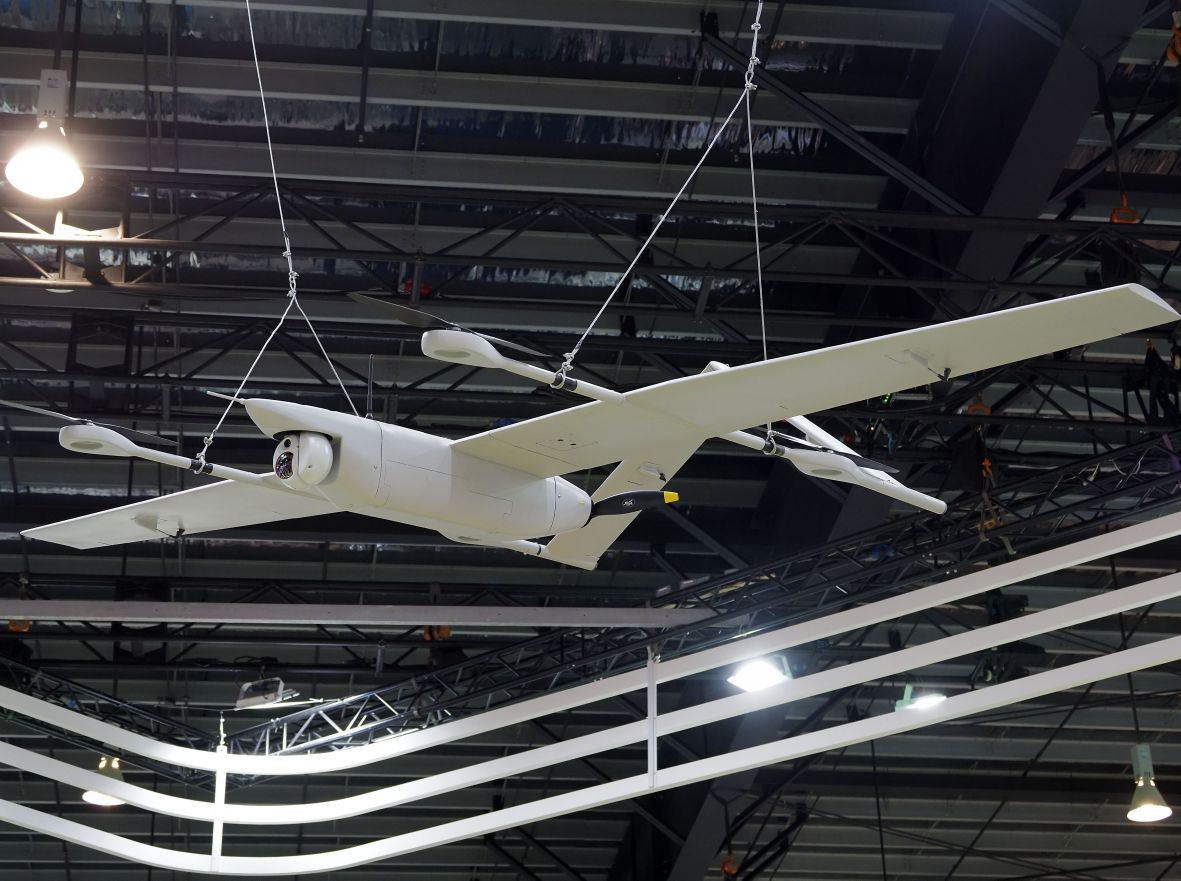 The Veloce 15 can be used to undertake airborne tactical surveillance missions at distances of up to 15 km away. (Janes/Kelvin Wong)

The airframe also features four vertical-lift electric motors housed in booms attached to the underside of the wings, which in turn supports an inverted V-shaped tail assembly. Like other fixed-wing VTOL UAVs produced by manufacturers elsewhere in the world, both the V15 and V60 can be deployed without a runway or a dedicated launch and recovery system (LARS) due to their ability to take-off and land vertically using their electric motors, before transitioning to conventional flight when the appropriate altitudes have been reached.

The V15 will feature a 3.7 m wingspan and a maximum take-off weight (MTOW) of between 16-17 kg as well as speed and endurance ranges of between 30-40 kt and 2-3 hours depending on its configuration, although it will typically carry a nose-mounted electro-optical/infrared (EO/IR) turret.

In contrast, the larger and more capable V60 will feature a 5 m wingspan and a MTOW of between 50-70 kg, while flying at payload-dependent speeds of between 50-70 kt and staying aloft for 12-14 hours. It will also carry a nose-mounted EO/IR turret with provision for an optional laser rangefinder. 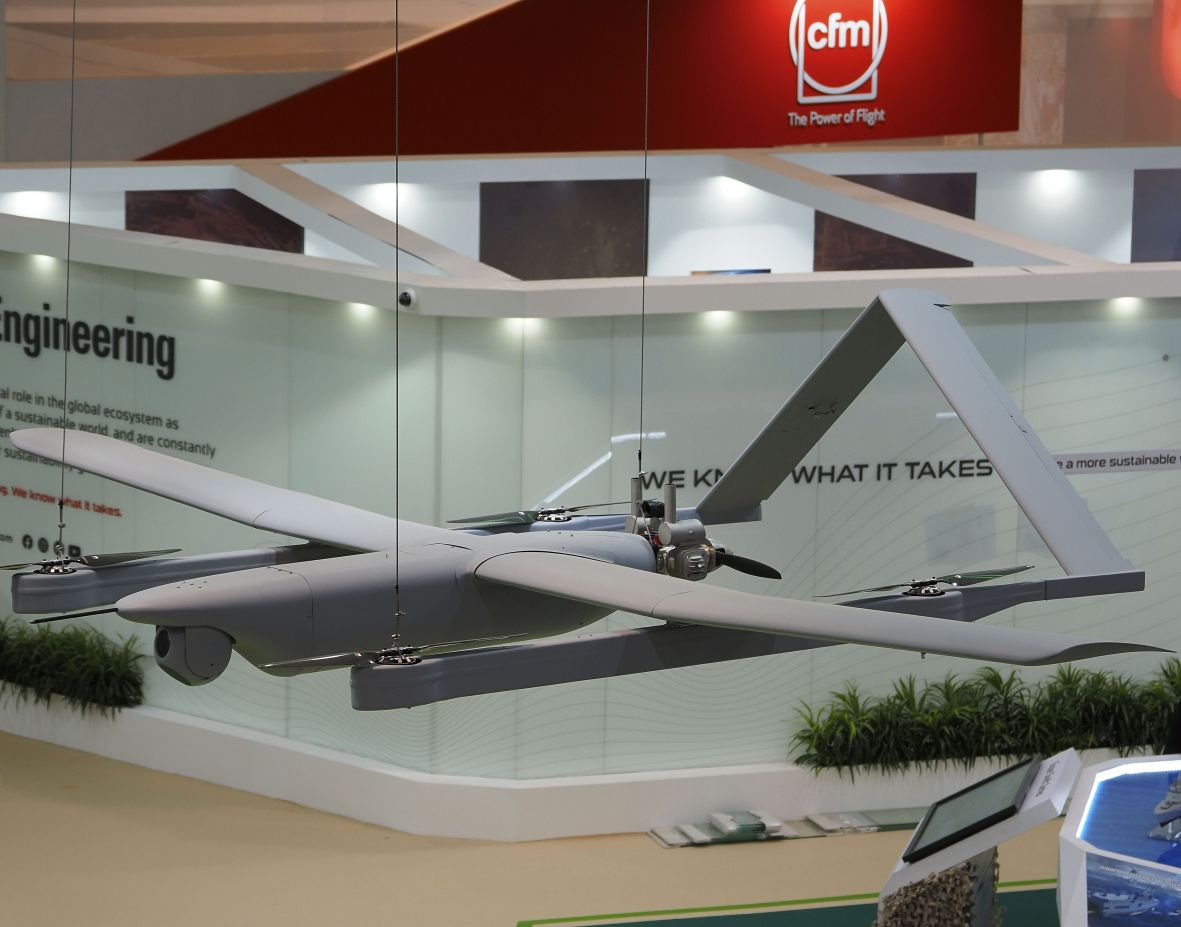 TRD Singapore, a locally based developer specialising in the design and manufacture of counter-unman...