The Defiant X is Sikorsky-Boeing’s complete weapon system configuration for the FLRAA competition. It builds on handling qualities and capabilities developed by the SB>1 Defiant, which was built for the US Army’s Joint Multi-Role Technology Demonstrator (JMR-TD) programme. 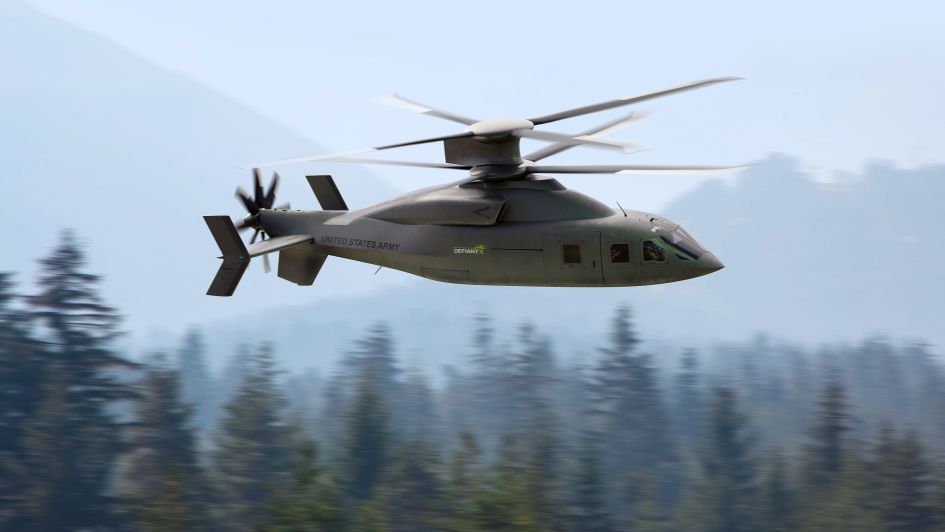 Artist’s illustration of Sikorsky-Boeing’s Defiant X rigid co-axial rotorcraft the team is offering for the US Army’s FLRAA programme. The V-shaped vertical stabiliser design is a modification of the SB>1 Defiant technology demonstrator design. (Sikorsky-Boeing)

Bell is tuning a new set of software for its V-280 Valor tiltrotor that gives the aircraft improved ...