The bid protest, filed in the US Court of Federal Claims, alleges that the USAF’s intent to sole-source this contract violated the Competition in Contracting Act (CICA), which requires full and open competition in acquisition for supplies and services by US federal agencies. In its 19 April filing, SNC said that while the CICA permits an exception to the use of competitive procedures when there is only one responsible source, an agency must first provide an opportunity for all responsible sources to submit capability statements. 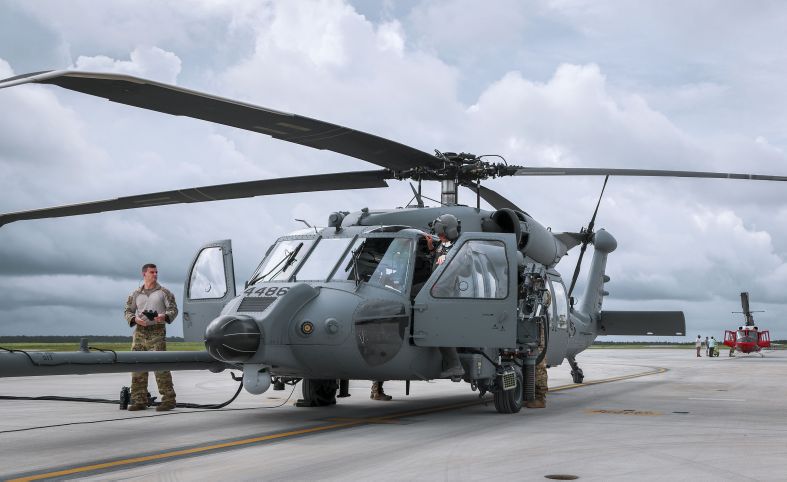 Members of a HH-60W aircrew prepare for a 27 July 2020 flight at Eglin Air Force Base in Florida. Sierra Nevada is protesting the US Air Force’s intent to sole-source a contract to HH-60W developer Sikorsky for aircraft upgrades. (US Air Force)

The agency must then consider those capability statements before invoking the exception to competition. SNC alleges that the USAF did not comply with these mandatory requirements and that other responsible sources, such as SNC, did not have a fair opportunity to compete for the award.

SNC alleges that the USAF justified its sole-source award to Sikorsky because the 1–2 years required to conduct a competition would result in delays to the HH-60W capability upgrades. However, the company said this argument ignores that about 17 months passed since the USAF posted its sources-sought synopsis on 1 October 2019. The USAF issued its intent to sole-source the contract to Sikorsky on 11 February.

Sierra Nevada Corp (SNC) is contesting the US Air Force’s (USAF’s) intention to sole-source a USD980...