Despite the Russia-brokered ceasefire between Armenia and Azerbaijan agreed on 8 October, fighting in the disputed Nagorno-Karabakh region continued at the time of writing. Although less intense than previously, fighting in the southeast of the region, in the Jabrayil and Fuzilu districts of Hadrut province, was reported as recently as 13 October. The Azerbaijani Ministry of Defence (MoD) published on 13 October a video of its troops in what it claimed to be the town of Hadrut, which is the de facto administrative centre of the province and lies 40 km south of Stepanakert, the de facto capital of the disputed region. However, it appears that the footage was filmed a couple of kilometres to the west of Hadrut in the village of Tgaser, rather than in the town itself.

Armenian sources reported on 13 October that some of the most intense Azerbaijani attacks since the outbreak of the latest hostilities took place in northern Nagorno-Karabakh. This was presumably in Martakert province around Talish, south of the village of Madagiz (Sugovushan), which Azerbaijani troops took earlier in October.

In addition, in the early hours of 14 October both sides reported Azerbaijani strikes on the Armenian short-range tactical missile systems in Armenia proper, just across the border from Kalbajar district, which lies in the northwest of the disputed region. The latest strikes represented a major escalation and the first time the Azerbaijani MoD openly admitted striking a target in the territory of the Republic of Armenia. According to the Armenian MoD, there were no casualties as a result of the strikes. 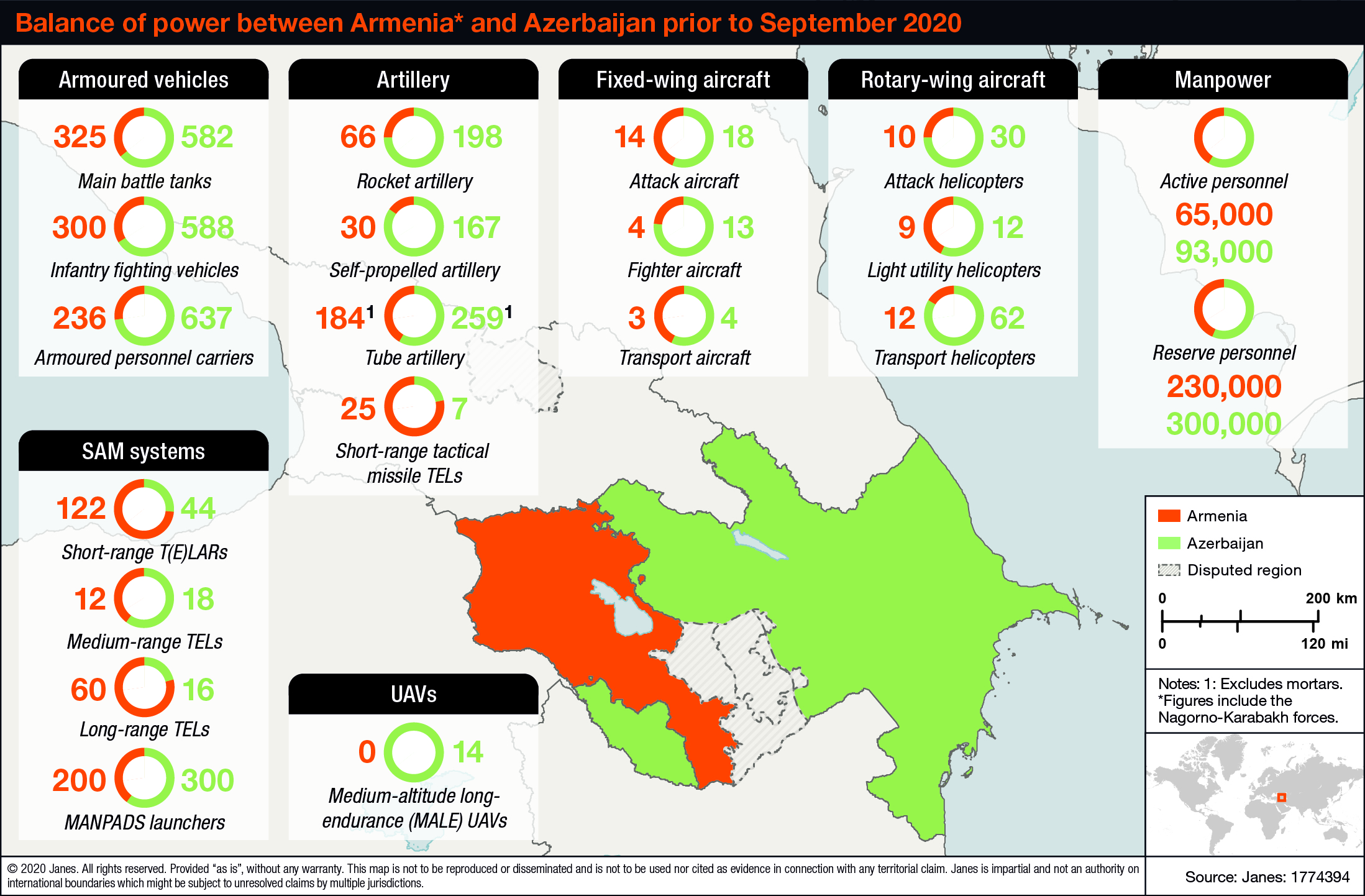 Despite the Russia-brokered ceasefire between Armenia and Azerbaijan agreed on 8 October, fighting i...

Seoul and Washington have reached a tentative deal on sharing the costs of keeping about 28,500 US t...