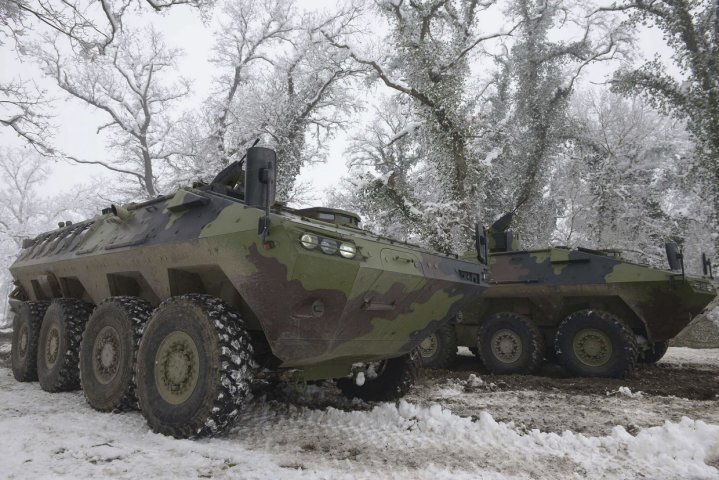 The Lazar III 8×8 MRACV has entered service with the VS. (Serbian MoD)

The Lazar III was introduced into service at the VS's Nikinci Technical Test Centre, 45 km west of Belgrade, where the first group of VS soldiers completed training for the operational use and maintenance of the new vehicle.

Produced by state-owned company Yugoimport-SDPR at its Complex Combat Systems (Borbeni Složeni Sistemi) factory in Velika Plana, central Serbia, the Lazar III has a powertrain on the front right side of the vehicle and uses a 500-hp Cummins ISM500 diesel engine, coupled with an Allison automatic transmission. Its gross vehicle weight is 22–26 tonnes, depending on the mission and level of armour protection, with a road speed of up to 110 km/h.

The Serbian Ministry of Defence (MoD) reported on 20 December that the indigenously developed Laza...

Bahraini leaders agreed to partner with US Naval Forces Central Command (NAVCENT) to accelerate the ...

The US Air Force (USAF) has contracted Rolls-Royce to provide the powerplants to re-engine its fleet...
Request Consultation