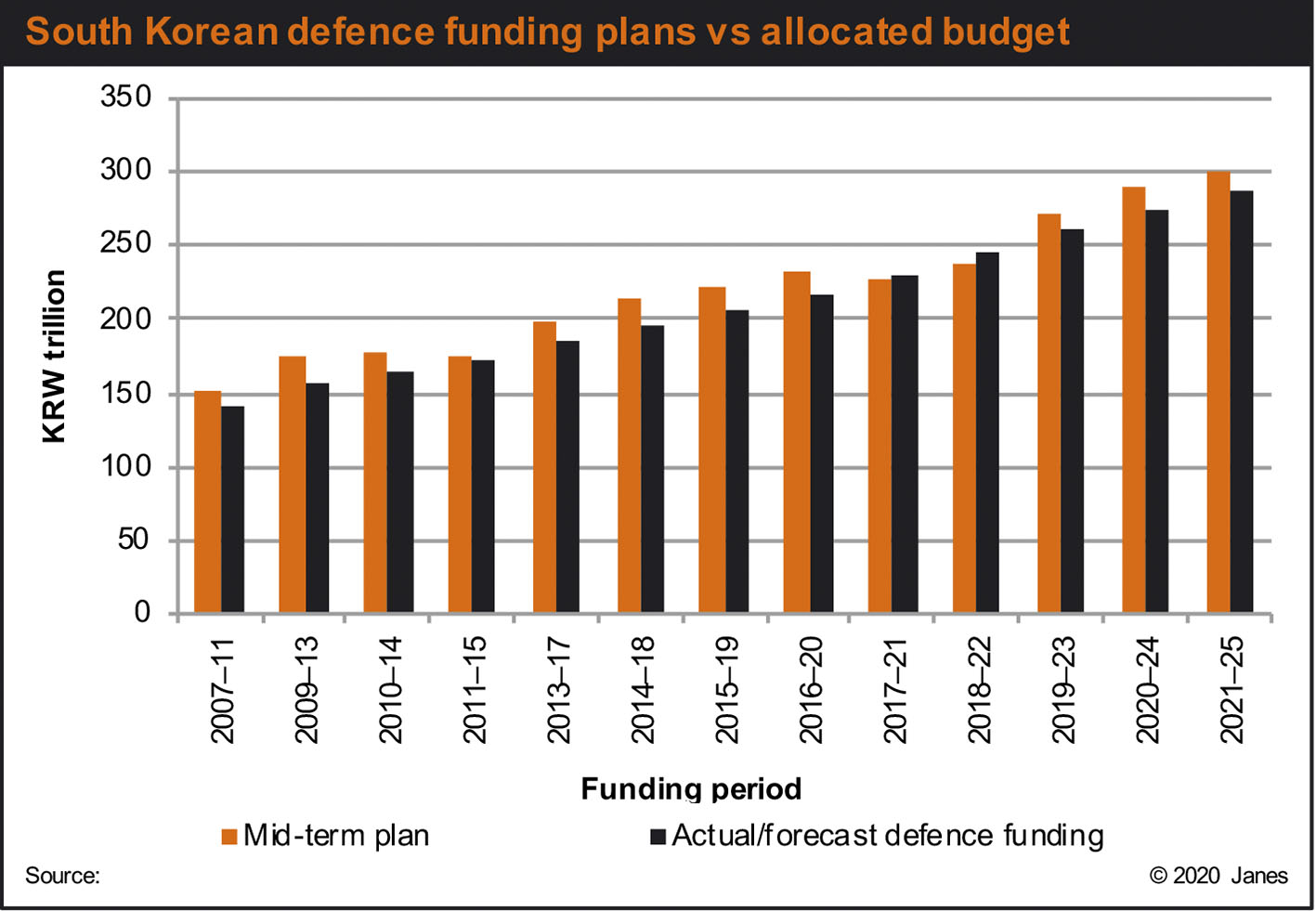 As this graph illustrates, South Korea has a history of failing to meet the spending targets outlined in its mid-term defence plans. Since 2010 actual funding has been 6% lower, on average, than the plans. (Janes)

The new plan represents a 3.5% increase on the proposed funding of KRW290.5 trillion during the 2020–24 mid-term defence plan, which was announced in August 2019, suggesting that the impact of the Covid-19 pandemic on South Korea’s military development programme might not be as severe as initially feared.

Compared to the previous plan, the 2021–25 proposal increases total funding for operating expenses by 7.4%, although the allocation for modernisation declines 2.6%.

The MND said the 2021–25 plan, which remains subject to government approvals, will necessitate average annual defence spending increases of 6.1% during the time frame. The new plan outlines annual defence-budget growth from KRW50.2 trillion in 2020 to KRW67.6 trillion in 2025, an overall increase of 35%.