South Korea's Daewoo Shipbuilding and Marine Engineering (DSME) announced on 27 May that the Assistant Secretary for Logistics and Acquisition at the Philippines' Department of National Defense (DND), Jesus Rey R Avilla, visited the Republic of Korea Navy's (RoKN's) Submarine Force Command on 12 May to discuss “various areas of co-operation” to enhance the PN's future submarine capabilities.

Among the issues discussed were the transfer of RoKN know-how on operating submarines, the resumption of the RoKN-hosted International Submarine Education and Training Program (ISETP) – which has been put on hold because of the Covid-19 pandemic – and regular navy-to-navy talks on submarines.

Avilla also visited the RoKN's submarine workshops and training sites, as well as DSME facilities. Moreover, he held meetings with representatives of South Korea's Defense Acquisition Program Administration (DAPA) and Export-Import Bank of Korea (KEXIM) to discuss the level of support by the South Korean government and a soft loan.

The shipbuilder told Janes that it has been offering Manila a “total solution package” since 2011 that includes DSME 1400PN diesel-electric submarines – an upgraded and modified version of the Nagapasa (DSME 1400)-class boats currently in service with the Indonesian Navy – along with crew training and a soft-loan to meet the PN's submarine acquisition project. 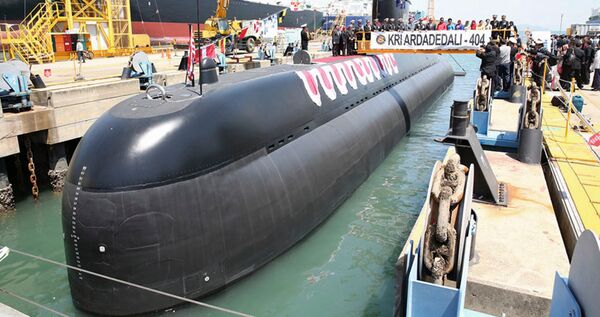