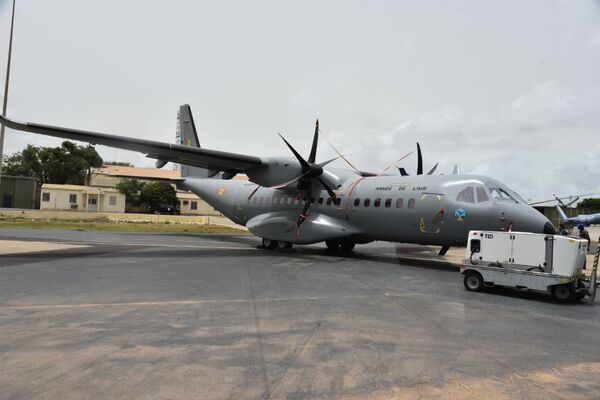 The Senegalese Air Force received an Airbus C295 transport aircraft in a ceremony held at its base in Dakar on 28 July.

“Today is certainly historic as it marks an important turning point in the life of the armed forces, which are significantly increasing their capabilities in the context of strategic air transport,” said Minister of Armed Forces Sidiki Kaba in a speech published by his ministry.

“A multirole tactical transport aircraft equipped with the latest generation technologies, the CASA 295 has large personnel carrying capacities. Beyond its take-off and landing performance on short runways, its versatility allows it to cover a wide spectrum of missions in air transport, air drop, and medical evacuation thanks to a configuration change capability in very short timelines.”

He added that a second C295 will be delivered towards the end of 2023. “These two aircraft will enable Senegal to ensure, independently, the projection and disengagement of its troops engaged in the various theatres of external operations and to meet all the transport and training needs of the internal theatre,” he said.

Kaba also noted that several helicopters have been returned after refurbishment. These were identified as four Mi-35s and two Mi-17s.

The Senegalese Air Force received an Airbus C295 transport aircraft in a ceremony held at its base i...