The mobile antenna is derived from a Salzgitter Maschinenbau AG (SMAG) mast and is designed to support the company’s existing antennas, which have ranges of up to 200 km, boosting its operational flexibility for users. 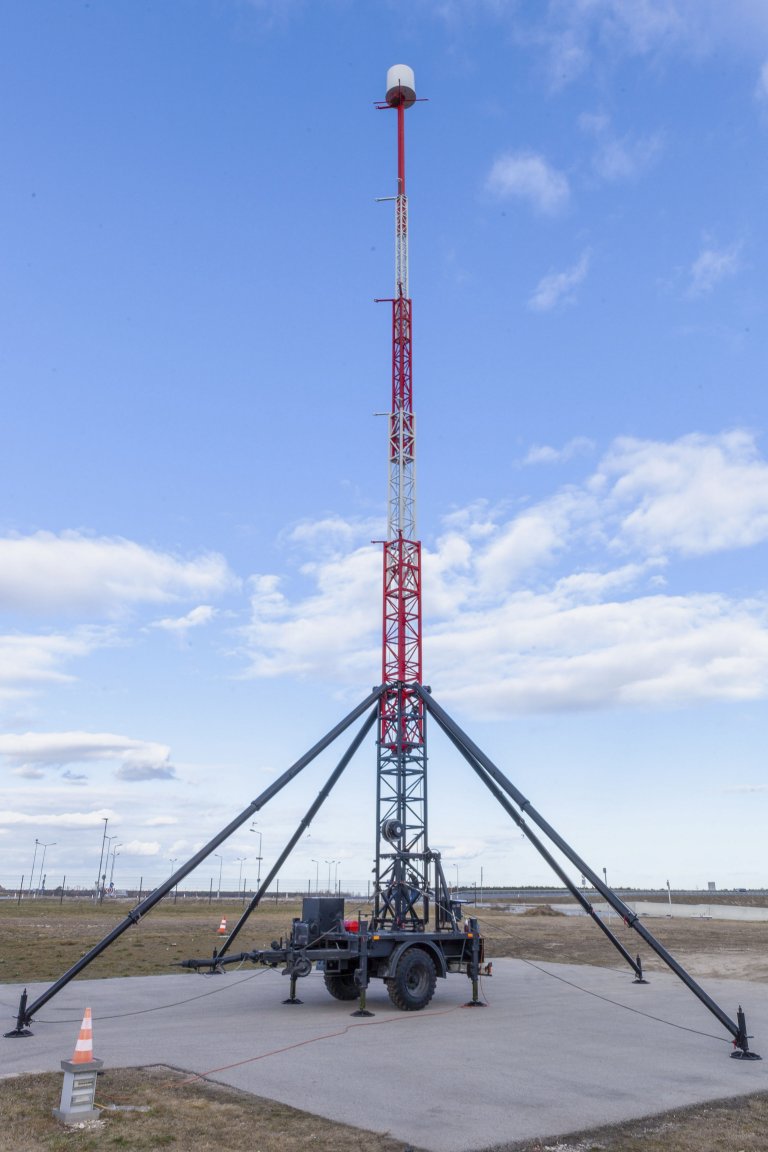 Schiebel has developed the SMAG 25 mobile antenna system to boost the operational flexibility of its Camcopter S-100 UAS. (Schiebel)

Jane’s understands from a company spokesperson that the system is called the SMAG 25 – which denotes its ability to extend up to 25 m in height – and enables users to “establish a [LOS] even when high obstacles, like trees, are in the way”.

The SMAG 25 is mounted on a two-wheeled trailer designed for rapidly establishing a wide range of connections, the spokesperson added, noting that it is suitable for use with parabolic and other types of antenna.

Additionally, the company noted that the mobile antenna offers a high degree of mobility and can navigate through difficult terrain to support operations in austere environments.

“The sturdy structure is tried and tested and can be set up on flat surfaces or on rougher terrain,” the spokesperson said. “The system is independent of the towing vehicle, therefore freeing the vehicle up for other purposes as soon as the antenna mast trailer has been moved into position.”

The SMAG 25 is already being used by both civil and military operators, the spokesperson said, although further details could not be disclosed. The company is also looking into expanded capabilities for both masts and antennas, although no developments are currently in progress.