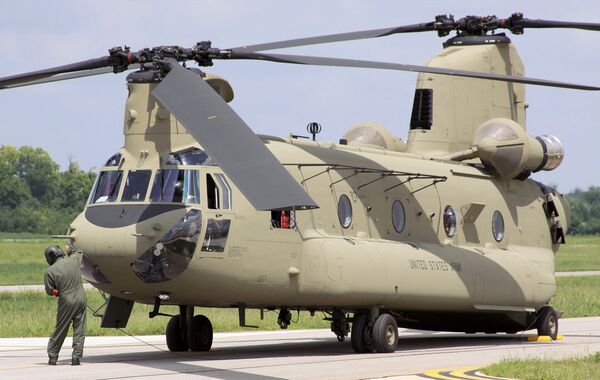 Saudi Arabia has received its first CH-47F Chinook helicopters, similar to this US Army model. (US Army)

Boeing has handed over the first CH-47F Chinook heavy-lift helicopters for Saudi Arabia, a company representative told Janes on 24 January.

Confirmation came after an image of at least the first four helicopters in Royal Saudi Land Forces (RSLF) livery apparently at a port of debarkation was posted online, seeming to confirm that deliveries of up to 48 such helicopters approved by the US government in 2016 had begun.

Although Boeing declined to divulge further details, the US Defense Security and Cooperation Agency (DSCA) had previously disclosed that the approved Saudi Arabian Chinook procurement of 48 helicopters was valued at USD3.51 billion in 2016. Besides the helicopters, the specifics of the Saudi deal comprised spare engines, navigation systems, defensive countermeasures, 7.62 mm machine guns and Gatling guns, a fast rope insertion and extraction system, an extended-range fuel system, ballistic armour, and other equipment.

Separately, in December 2021 the RSLF announced that it had inducted the Sikorsky UH-60M Black Hawk medium-lift helicopter into the service.