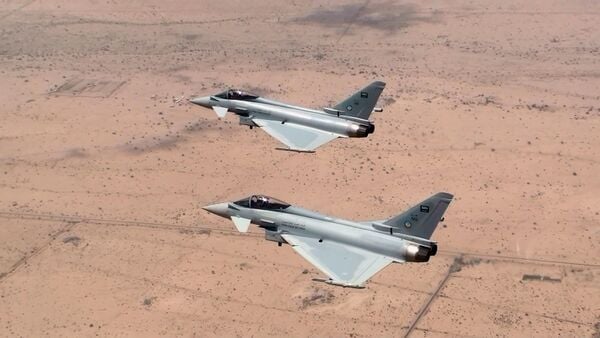 Saudi Arabia has been cleared by the US government to replenish its stock of Raytheon AIM-120 Advanced Medium Range Air-to-Air Missiles (AMRAAMs).

The Foreign Military Sales (FMS) approval, which was announced by the US Defense Security Cooperation Agency (DSCA) on 4 November, covers up to 280 AIM-120C-7/C-8-variant missiles (the notification did not provide definite numbers for each version), plus spares, support, and training for an estimated USD650 million.

“We have seen an increase in cross-border attacks against Saudi Arabia over the past year. Saudi AIM-120C missiles, deployed from Saudi aircraft, have been instrumental in intercepting the persistent [unmanned aircraft] attacks that have put US forces at risk and threatened the more than 70,000 US citizens in the kingdom,” a US Department of State spokesperson said. “This proposed FMS case to replenish Saudi Arabia's existing inventory of air-to-air missiles is fully consistent with the [US] administration's pledge to lead with diplomacy to end the conflict in Yemen, while also ensuring Saudi Arabia has the means to defend itself from Iranian-backed Houthi air attacks.”

As noted by the DSCA, this proposed sale will replenish stocks of AMRAAM missiles carried by the Royal Saudi Air Force's (RSAF's) fleet of Boeing F-15C/S/SA Eagle and Eurofighter Typhoon combat aircraft.

Saudi Arabia has been cleared by the US government to replenish its stock of Raytheon AIM-120 Advanc...