The Royal Saudi Air Defence Forces (RSADF) displayed a previously unseen radar during a parade marking the start of training for the Islamic year 1443 on 18 August. 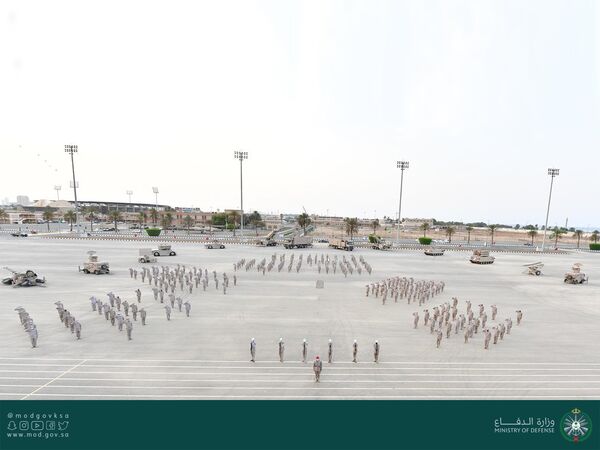 A new mobile radar was displayed at the back of the parade at the Institute of Air Defence Forces in Jeddah on 18 August. (Saudi Ministry of Defence)

The Saudi Ministry of Defence released a photograph and a short video showing the event was held at the Institute of Air Defence Forces training facility in Jeddah and included components from Patriot, HAWK, Shahine (Crotale), and Skyguard air defence systems as well as a truck carrying a radar with an elevated antenna and a second that may have been the associated command post.

While the radar could not be seen clearly in the available imagery, it appeared to match the 3D TDA radar that was unveiled by the China Electronics Technology Group Corporation (CETC) during the World Radar Expo held in Nanjing in April.

A dismounted TDA was displayed at the Expo, but CETC released a photograph showing six radars that were mounted on Mercedes-Benz Arocs heavy-duty trucks and painted a desert colour like the one seen in the RSADF parade.

The US Navy (USN) hopes to get through equipment redesign testing to address hydrodynamic stability ...