The acquisition is expected to be completed in early 2021, pending regulatory approvals. Financial details of the transaction were not disclosed.

SAMI chairman Ahmed Al-Khateeb, said in a statement that the deal “Strengthens SAMI’s presence in the strategically important defence industries market, and supports its plans to transfer and localise the military industries. The acquisition will also enhance AEC’s opportunities to expand and compete in its field.”

A BAE Systems spokesperson told Janes that the company was “pleased an agreement has been reached for the sale of AEC to SAMI, delivering on our commitment to further Saudi’s National Transformation Plan and Vision 2030”. 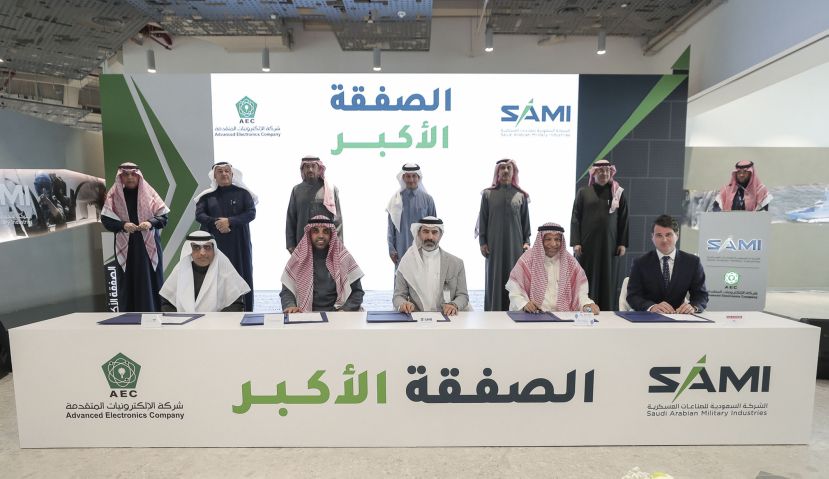 SAMI has announced the agreement for the acquisition of AEC, which is expected to close in early 2021. (SAMI)

SAMI first announced the intention to acquire AEC in June 2019, following the signing of a term sheet agreement with BAE Systems. BAE Systems owned a 50% stake in the company through its Saudi-based Overhaul and Maintenance Company (OMC) subsidiary. OMC is, in turn, majority owned by BAE Systems, with Saudi-based Riyadh Wings Aviation Academy holding a 23.5% stake.

The acquisition of AEC will form the backbone of SAMI’s defence electronics division, while also helping to increase domestic production and development capabilities in line with the country’s Vision 2030 goals.