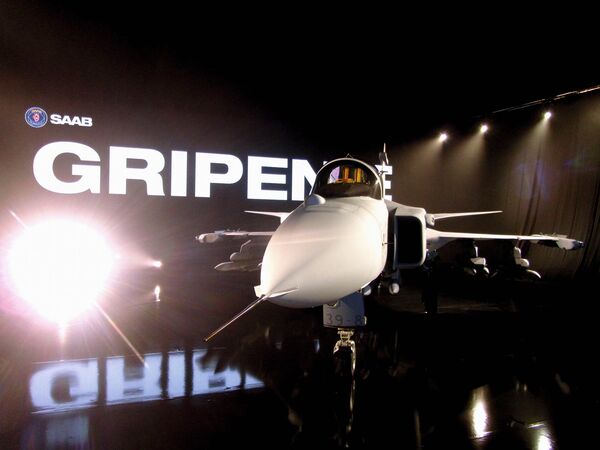 Seen at its roll-out in 2016, the Gripen E/F could be an option for the Czech Republic when its lease on 14 Gripen C/Ds expires in 2027. (Janes/Gareth Jennings)

Saab is ready to offer its Gripen E/F to the Czech Republic, as the country considers its future fighter plans towards the end of the decade.

A spokesperson for the Swedish manufacturer told Janes on 12 November that the Gripen E/F would be “the logical choice” for the eastern European country, if it decides not to extend the lease for 14 Gripen C/Ds that is due to expire in 2027 (with the option for extension through to 2029).

“Although we cannot confirm at this stage any specific details of a formal response [to any request for information from the Czech government], Saab is ready to offer Gripen E/F to the Czech Air Force. We see this as a logical step. Countries using Gripen today can in the future undergo a seamless transition to Gripen E, reusing part of the ground support equipment and support systems,” the spokesperson said, adding that any formal response for such a government-to-government deal requested by Prague would need to come directly from Stockholm.

Saab's statement came days after Janes first revealed that the Czech government is considering its long-term fighter plans, with the news on 3 November that Lockheed Martin had responded to a request for information with its F-35A Lightning II. Speaking under the Chatham House Rule, an official said that the Czech government was looking at a type selection to take place in 2025, ahead of deliveries from 2027.

Saab is ready to offer its Gripen E/F to the Czech Republic, as the country considers its future fig...