Saab Dynamics and Raytheon Missile Systems, in association with the US Army, have conducted the first live firings of the new 84 mm Guided Multipurpose Munition (GMM) all-up round using the Carl-Gustaf M4 recoilless rifle and an adaptation of the AT4 disposable launcher.

Conducted at the US Army's Yuma Proving Ground, Arizona, from 3–5 November 2020 but disclosed in early June, the GMM System Capability Demonstration marked the culmination of a three-year US government Rapid Innovation Funding (RIF) contract jointly awarded to Saab and Raytheon in September 2018 by the US Army to accelerate the development of the GMM through system integration and testing.

Jointly funded by Saab and Raytheon, the GMM development is an evolutionary progression of the earlier Saab Dynamics Ultra Light Munition concept, which, under a teaming agreement signed with Raytheon in November 2017, has been matured and defined in terms of capability and performance requirements. Subsequently designated the Guided Carl-Gustaf Munition, and latterly ‘GMM', the new re-designation reflects the munition's new utility with the Carl-Gustaf and AT4 84 mm launchers, and is the first guided round developed for shoulder-launched weapon systems. The round is also intended for use with remote weapon stations, manned and unmanned aerial, ground, and naval systems, and possibly also for indirect fires, such as mortar systems, Michael Höglund, head of Business Unit Ground Combat at Saab, told Janes . 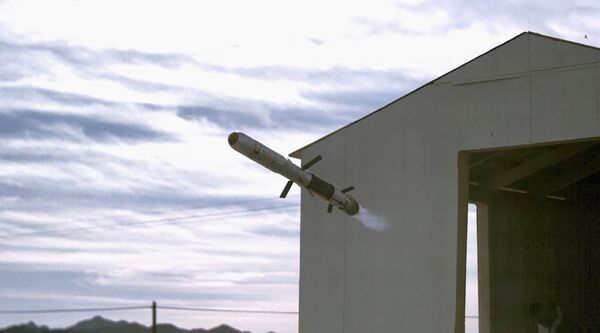 A Saab/Raytheon 84 mm GMM launched from an enclosed space during the fire System Capability Demonstration of the all-up GMM round at Yuma Proving Ground, Arizona, in November 2020. (Saab)

Saab Dynamics and Raytheon Missile Systems, in association with the US Army, have conducted the firs...