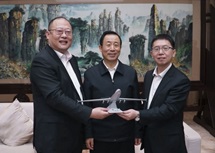 Saab has delivered the first T-7A Red Hawk aft assembly to Boeing, ahead of the maiden engineering and manufacturing development (EMD) flight in September. 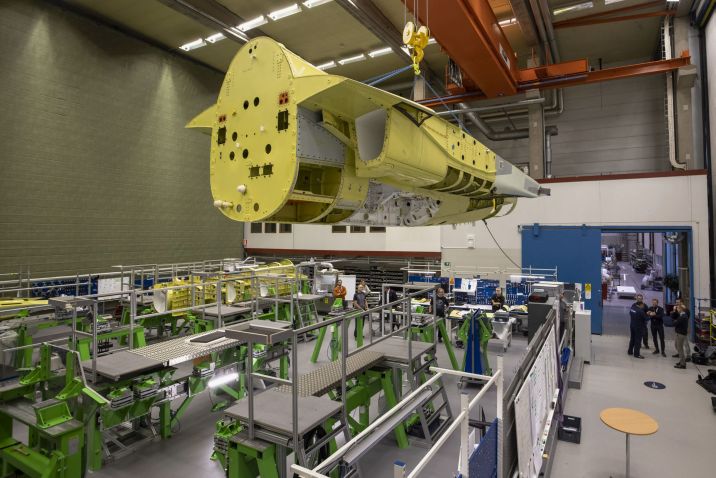 The first aft fuselage section of the T-7A Red Hawk was delivered by Saab to Boeing on 15 April. (Saab)

The Swedish partner announced on 20 April that the first aft airframe of five EMD aircraft had been delivered from its Linköping site in Sweden to Boeing’s final assembly line in St Louis, Missouri.

“The production and shipment of this aft airframe section is the latest milestone in Saab’s contribution to the design and development of the T-7A Red Hawk trainer for the United States Air Force [USAF]”, Saab said, noting that the delivery happened on 15 April. With the EMD aft airframes being built by Saab in Sweden, the company plans to transfer series production to its West Lafayette facility in Indiana, where sections for approximately 60 aircraft will be turned out each year.

News of the milestone came eight months after the USAF told Janes that the first EMD flight is slated for September. With two production-representative jets (PRJs) currently flying, the present EMD phase of the contract covers the five further aircraft and seven simulators.

The Red Hawk was selected under the T-X Advanced Pilot Training Program (ATP) to replace the USAF’s Northrop T-38 Talon that has been in service since the 1960s. With the first of 351 aircraft set to be delivered to Randolph Air Force Base (AFB), Texas, in 2023, initial operating capability is scheduled for 2024, with full operating capability to follow in 2034. All undergraduate pilot training bases will eventually transition from the T-38C to the T-7A, including those at Columbus AFB, Mississippi, Laughlin AFB and Sheppard AFB, Texas, and Vance AFB, Oklahoma.

Saab has delivered the first T-7A Red Hawk aft assembly to Boeing, ahead of the maiden engineering a...