Russia has continued moving troops towards its western border with Ukraine. Janes has identified the movement of additional units to Crimea, including elements of the elite 76th Air Assault Division, equipped with air-droppable BMD-2 infantry fighting vehicles (IFVs) and Strela-10 tactical air defence systems, and what is likely the 31st Engineer Regiment, equipped with trench digging and river-crossing equipment. Other units are also continuing their deployments and the 291st Artillery Brigade has deployed 2S7M Malka 220 mm self-propelled mortars. 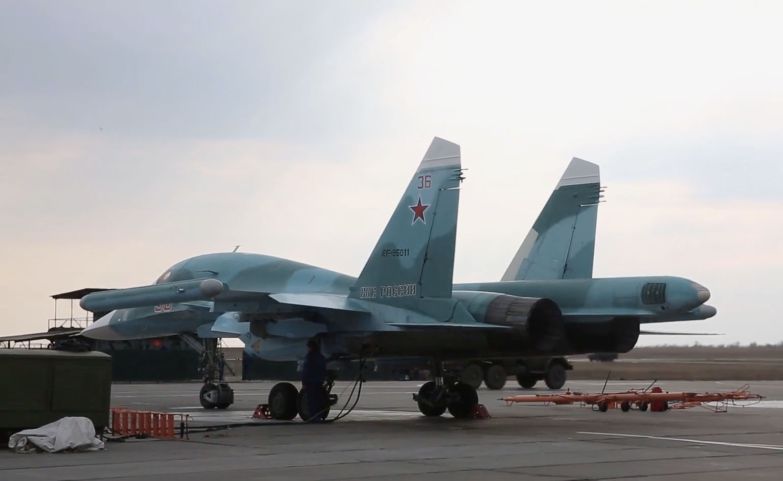 A 559th Bomber Regiment Su-34 in the Rostov region preparing to deploy to Crimea as part of SMD control check exercises. (Russian MoD)

Satellite imagery is also beginning to show the scale of some units’ deployments. The 136th Motorised Brigade was one of the first units moved to Crimea, and its BMP-3 IFVs were first spotted in Crimea on 30 March. Satellite imagery of the brigade’s base in Dagestan shows a significant reduction in vehicles, indicating a large-scale deployment.

Russia has continued moving troops towards its western border with Ukraine. Janes has identified the...

Russia is continuing to deploy troops to Crimea and its Ukrainian border, with Ukrainian Foreign Min...