The Russian FighterBomber YouTube channel posted a video on 7 September apparently filmed by a Russian-speaking pilot who had been shot down in Libya, but then subsequently claimed that the footage showed an exercise. 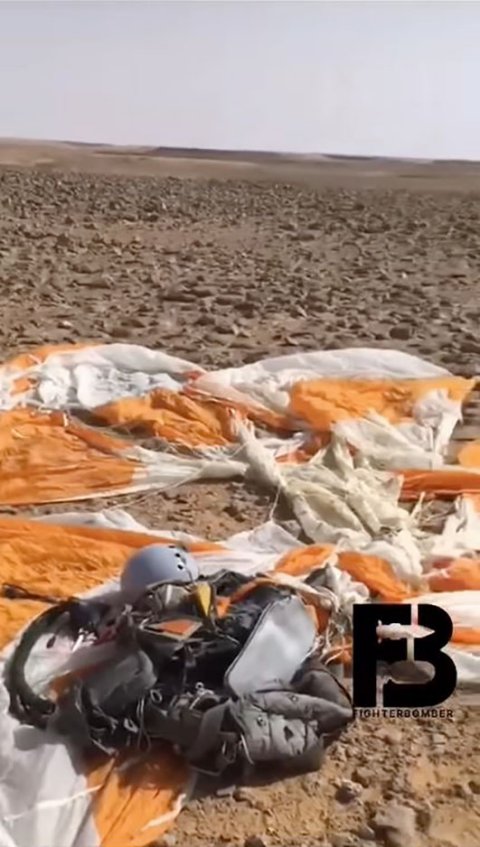 A still from the video shows the equipment that the pilot had with him. (FighterBomber)

Speaking Russian without an accent, the pilot said that his aircraft was hit 70 km away from his airbase, which he did not name, forcing him to eject at an altitude of 700 m. He pointed his camera towards what he said was the wreck of his aircraft 300 m away, but no smoke could be seen, and said that he might have to walk back to base, 45 km away.

In a second shot, he filmed a Mi-24P/35 helicopter flying past, saying, “They found me!” The helicopter was painted in the same camouflage used by the Libyan National Army (LNA), a faction backed by Russia and the United Arab Emirates, which has supplied it with ex-Belarusian Mi-24Ps.

Some of the equipment that could be seen in the video indicated he had been flying a comparatively advanced aircraft rather than a legacy LNA MiG-21 or MiG-23, few of which are still in service. These items included an R-885UM radio, a KM-35 oxygen mask, and a ZSh-7 helmet.

Russian MiG-29 and Su-24 jets were deployed to the LNA airbases at Al-Jufrah and Al-Khadim in late May as the LNA retreated eastwards in the face of a Turkish-backed offensive by the Government of National Accord (GNA).

The Russian FighterBomber YouTube channel posted a video on 7 September apparently filmed by a Russi...

US, UK surge surveillance flights over Ukraine and Black Sea

US and UK surveillance aircraft have surged their operations in response to Russia’s military build-...
Request Consultation